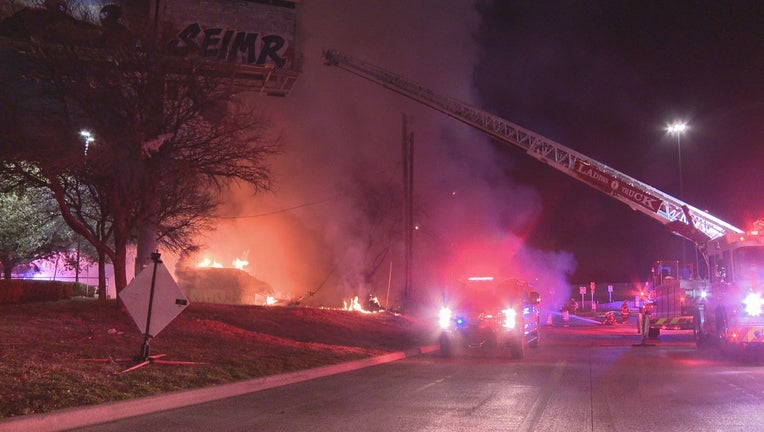 DALLAS - A vacant building in north Oak Cliff was destroyed by an early morning fire.

It collapsed as they tried to put out the flames around 4 a.m. Wednesday.

No one was inside the building at the time, and no one was hurt.

It’s not clear how the fire began.