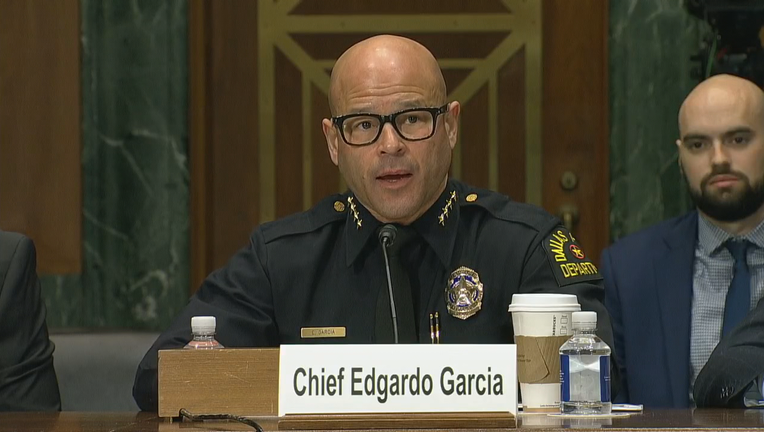 DALLAS - Dallas Police Chief Eddie Garcia testified before a Senate Judiciary Committee Tuesday to address the rising number of carjackings across the country.

The goal is to find ways to fight these crimes more effectively.

"Active policing is critical and will be key to reducing violent crime overall, which will help drive down carjackings," the chief said. "Law enforcement needs more resources to bolster response to violent crime."

The chief said while Dallas has not seen the increased numbers as other cities, New York and Chicago have been hit hard.

During Tuesday's hearing, a law enforcement officer from Chicago suggested a 24-hour hotline that would allow police to get tracking information on any vehicle that has been carjacked.