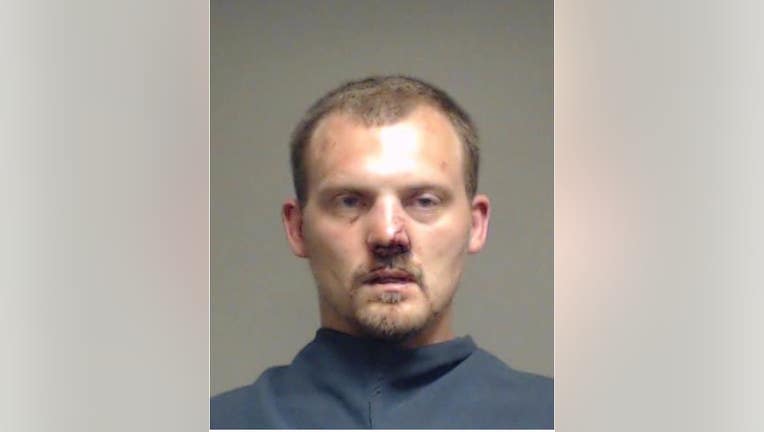 MCKINNEY, Texas - A Carrollton man who shot and police and led them on a chase through four North Texas was sentenced to 40 years in prison.

Evan Kates, 31, was charged with three counts of Aggravated Assault against a Public Servant.

In the early morning hours of August 22, 2021, Kates opened fire at members of the Allen Police Department while they were involved in a chase with another driver near Greenville Avenue and Bethany Drive.

The officers chased Kates in his maroon sedan from Allen, through Fairview and McKinney, and eventually to Melissa.

The driver continued to fire at the officers during the chase, which reached speeds up to 100 miles per hour.

Kates eventually crashed at the intersection of Fannin Road and Center street and fled on foot.

Officers from Melissa PD, Anna PD, and the Collin County Sheriff's Officer set a perimeter while

He was eventually arrested.

Collin County District Attorney Greg Willis says that at the time of the chase, Kates had been on parole for three months from an 18-year prison sentence for an Aggravated Robbery in Denton County.

"A freshly paroled violent felon shot at police officers while they were pulling over an unrelated DWI suspect. These brave officers then pursued the shooter through four cities even as he continued to fire at them. They completed their pursuit on foot, and it’s only because of their bravery that he was held accountable," Willis said.

No officers were injured in the pursuit.