"It's like Groundhog Day when you realize we just did this, but need to do it again," said Karl Chiao, executive director, Dallas Historical Society.

Chiao took FOX4 on a tour of the Hall of State on Monday to show what the historic winter storm did to the Dallas landmark that had just re-opened after a $14 million restoration project.

"We were afraid that part of the ceiling would collapse, you can see the cracks," he said.

Chiao said the Hall of Heroes just had its ceiling totally redone in the renovation and now is 25 percent damaged.

The culprit for damage throughout the building was fire sprinklers that burst in the East Texas room.

"If you look up you will see sprinkler, it was shooting across to the other side, spraying," he said.

There is visible damage on the walls and mural. 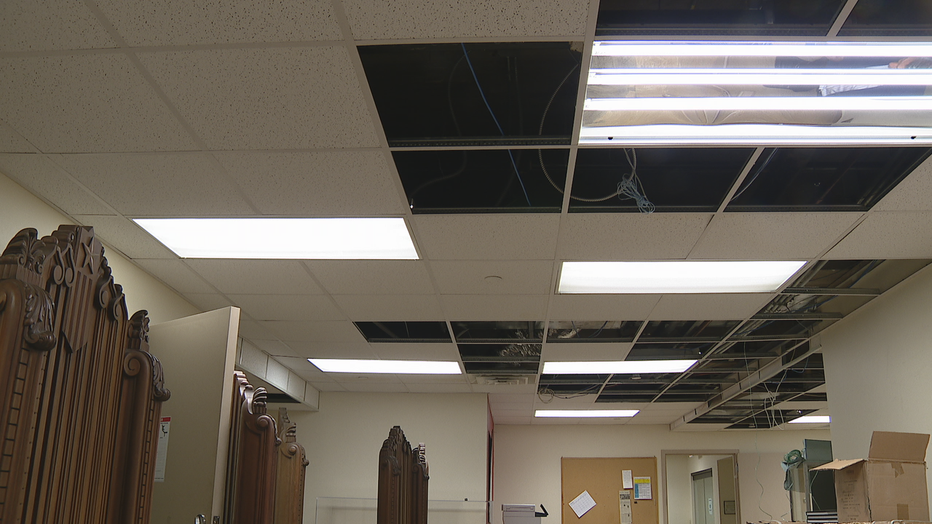 "There are streaks coming down, I don't know if you can see, water lines just like on the wood," Chiao said.

Nine orotones made in 1935 were also damaged. The Dallas City Council did authorize $376,000 in emergency funding to restore the murals and orotones.

"The closest orotones of this size is in Paris, France," Chiao said. 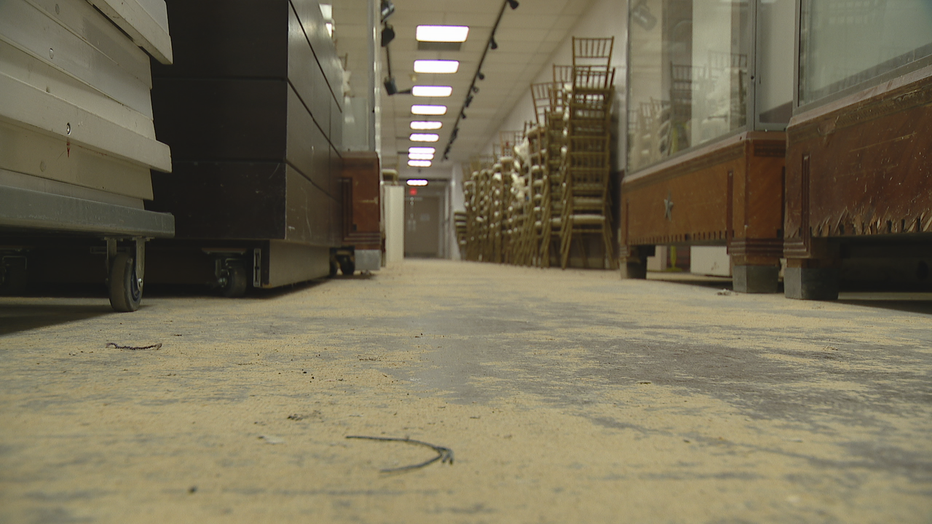 An exhibit about legendary Dallas Cowboys coach Tom Landry was spared despite the water pouring from the ceiling. The historical pieces were protected in glass casing, where the water could not seep in.

Like many buildings in Dallas, the historic nature of the storm overwhelmed preparedness plans.

"On the interior we had backup systems, just didn't realize we would not have electricity. Possibly next step is purchasing a generator," Chiao said.

All the water also flooded the lower level offices filled with computers. Chiao said he believes the Dallas City Council will make a decision on the repairs in May.

"We know we can make it like it was because we just did it," he said.