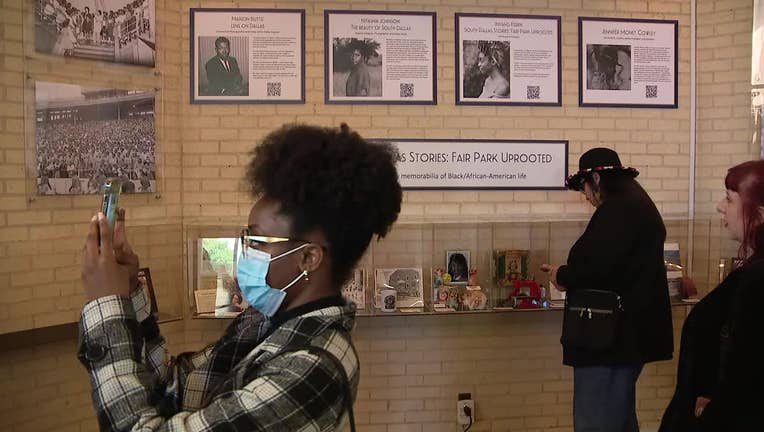 DALLAS - The evolution of Fair Park and its surrounding neighborhood in South Dallas are the focus of a new exhibit.

The exhibit at the Music Hall at Fair Park covers the struggle people went through to keep their homes and the stories of people who broke the barriers of segregation.

"It’s education for all of Dallas and education for our community so they know there are some people who were achieving even during the time of segregation," said Lucy Cain, a South Dallas native.

The exhibit was unveiled Thursday on the 60th anniversary of Dr. Martin Luther King Jr.’s visit to the Music Hall at Fair Park.

South Dallas Stories is free and open to the public on weekdays form 9 a.m. until 5 p.m.