El Paso declared a state of emergency over the weekend over concerns about the influx of migrants there. This comes as the policy known as Title 42 is set to end in two days.

DALLAS - With just two days to go until the immigration policy known as Title 42 expires, Texas and the White House are preparing for an anticipated surge in border crossings.

Over the weekend, El Paso’s mayor declared a state of emergency ahead of the end of Title 42.

It allowed the United States to quickly expel many asylum seekers just after they crossed the border.

Republicans and some Democrats have pushed for an extension to that policy.

When it ends on Wednesday, there will almost certainly be a major influx of people crossing the border. 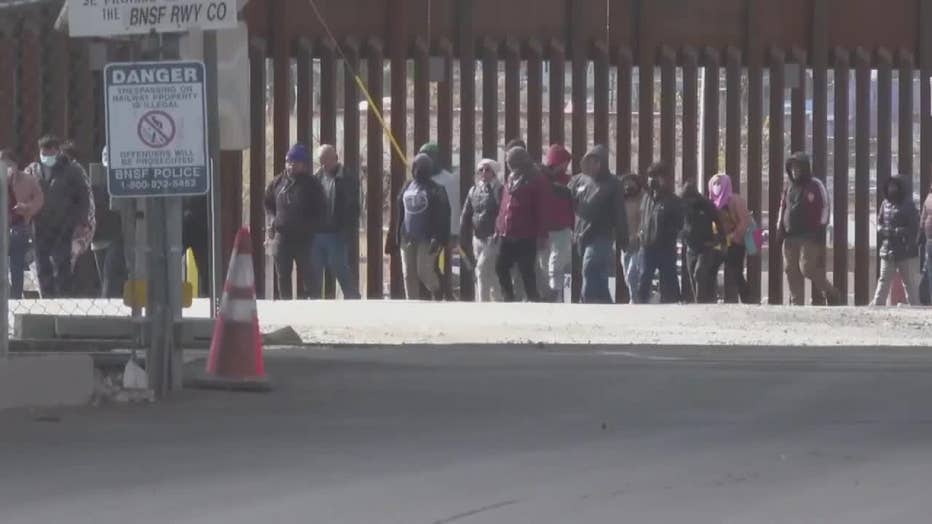 El Paso has already been dealing with a huge surge in migration and is preparing for even more people to arrive by the middle of the week.

"I said from the beginning that I would call it when I felt either our asylum seekers or our community was not safe," said Mayor Oscar Lesser.

Despite the recent surge, Lesser has been reluctant to issue an emergency declaration because he said he did not know what kind of help the state government would offer.

The Democrat said he’s been assured that Gov. Greg Abbott’s office will work with the city and El Paso County to take care of the migrants’ needs.

The emergency declaration will be in effect for a week and may be extended.

As we get closer to the end of Title 42, cities are bracing for a new influx in migrants from the border. Dallas is one of those cities. Dallas County Judge Clay Jenkins talked to Good Day about the plan to deal with hundreds of migrants.