The latest migrant surge at the Texas-Mexico border is overwhelming resources in El Paso just days before a pandemic policy that turned away migrants is set to end.

The latest migrant surge at the Texas-Mexico border is overwhelming resources in El Paso.

The surge comes just days before a pandemic policy that turned away migrants is set to end.

Lawmakers from both parties are raising concerns, not just about what we are seeing now, but what we’ll see when the years-long policy is lifted.

El Paso is facing a surge of illegal crossings. That one area is now averaging 2,500 crossings a day, and the city said it’s too much to handle.

"Our infrastructure cannot keep up. There's not enough flights. There's not enough bus transport out of town on a daily basis to allow same day travel," El Paso Deputy City Manager Mario D’Agostino said. "And that's when you see the shelter capacity spike."

READ MORE: Migrant encounters at the border are higher than they were before Gov. Greg Abbott’s Operation Lone Star began

Sources tell FOX News it could jump to 15,000 a day after the conclusion of Title 42 rules for turning around asylum seekers.

Places, like the Rescue Mission of El Paso, say what they’re seeing is already unprecedented.

"We've never seen anything like this, and I've been the CEO 25 years," Rescue Mission of El Paso CEO Blake Barrow.

In November, a federal judge ordered the Biden Administration to lift restrictions that have been used to expel asylum seekers, which was put in place under the Trump Administration in the early days of the pandemic.

Those restrictions are set to expire Wednesday, December 21. 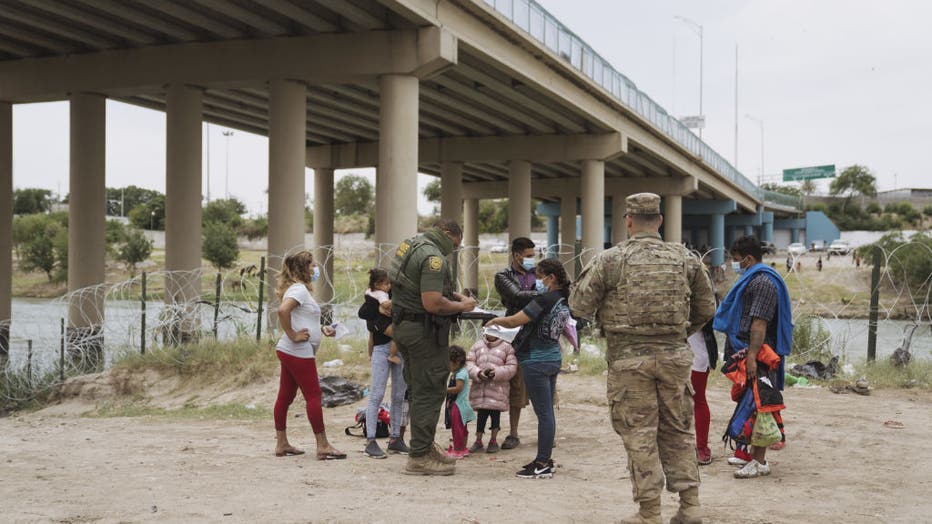 Migrants are apprehended by US Border Patrol officers and members of the National Guard in Eagle Pass, Texas, US, on Sunday, May 22, 2022. A Louisiana federal judge blocked the Biden administration on Friday from ending Title 42a pandemic-related bor

Governor Greg Abbott addressed the surge following a meeting Wednesday with a delegation from Finland.

"We're involved in strategies as we speak right now, whether it be the National Guard or the Texas Department of Public Safety, to both increase our presence, as well as increase our strategies to reduce the illegal immigration flow across the border," Gov. Abbott said.

That includes resuming enhanced inspections at the border, a move that was made last spring and costs the Texas economy hundreds of millions of dollars.

The governor ended those inspections, citing a deal with Mexican governors.

It's unclear if those deals expired or just didn't work.

"Secretary Mayorkas is in El Paso today and he's assessing operations and he's speaking to the workforce down there," White House Press Secretary Karine Jean-Pierre said.

They wrote: "We are also concerned that aside from filing a notice of appeal weeks after Judge Sullivan’s decision, DHS has not outlined a viable plan to maintain operation control of the southern border."