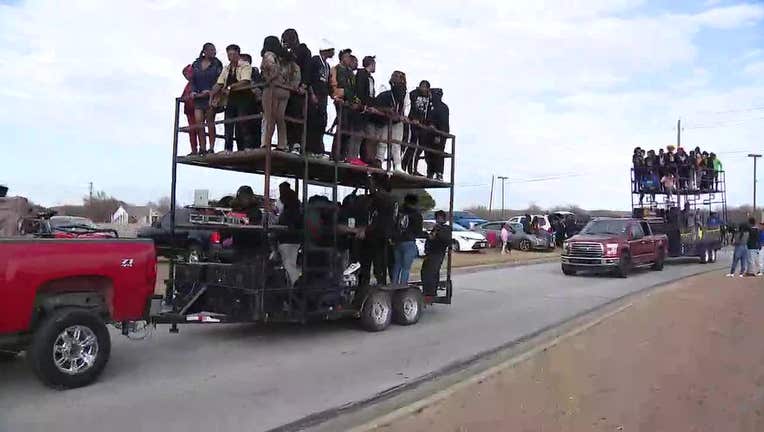 The 6A school beat the Austin Vandegrift Vipers last month to win the title.

This is the second time the school has won state in the past seven years.

Friends, family, and community members came out to cheer on the team and show support for the team.

There was also a pep rally after the parade to show off the team and the state championship trophy.