Police body camera video showed both the suspect and victim describe what led up to the brutal beating.

Cell phone video of the 2019 incident in Deep Ellum went viral online, showing a confrontation over a phone followed by L'Daijohnque Lee hitting Shuffield followed by Shuffield striking her multiple times in the head.

In the body camera video from first responders on the night of the incident police said both Lee and Shuffield had been drinking, and that they believed Lee had been doing drugs based on 911 calls.

They also believed Lee was the aggressor because of Shuffield's 911 call, but that turned out not to be the case. 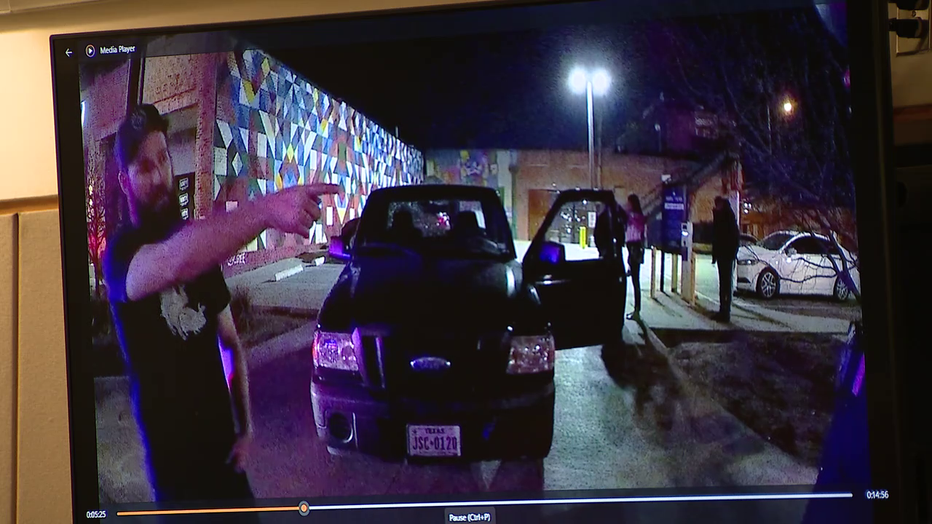 "She was facing the wrong way down this one way street," Shuffield told then-Corporal Falin Daniels. "She was halfway between lanes and I couldn't get by. This Kia is hers right here, so I honked at her, got out the vehicle, started talking to her and she was all angry from the get go."

When Dallas police asked who put hands on the other first Shuffield said that Lee did.

A witness told police parts of the story Shuffield did not mention.

"I guess he didn't want her driving the wrong way, then she pulls in here. Then he gets out of the truck comes over here, takes a picture of her license plate, and she told him, 'you come near me, I'm going to mace you,'" the witness said.

The witnesses' story goes along with others who showed their cell phone video to police. 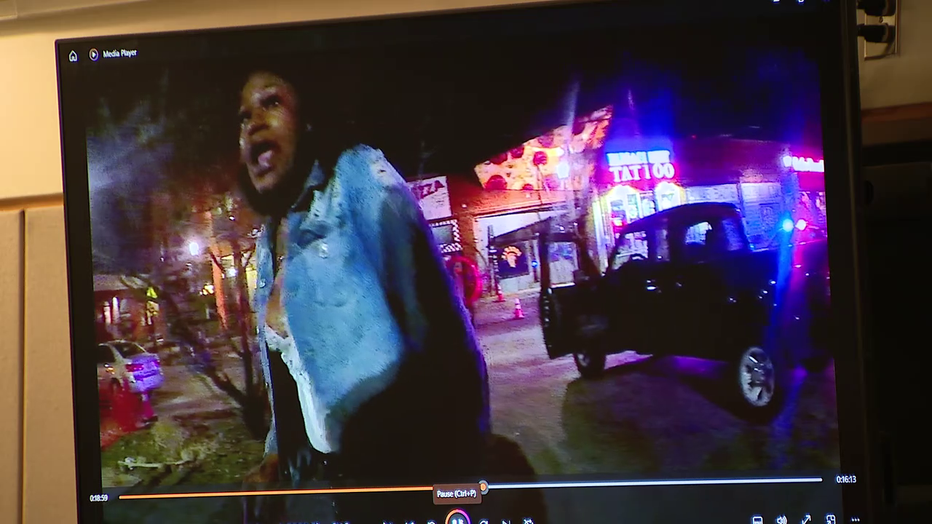 Lee also told her story to on-scene officers. She agreed that she parked on the wrong side of the street to drop off a friend, and said she was going to park when Shuffield blocked her car. Lee says she then drove over the curb to the parking lot.

"When he came over here he tried to take a picture of my license plate. I was like, ‘move away from my car cause if you feel like you’re trying to touch me I'm going to mace you,' and so he said something, and then he threw my phone out of my hand, and I kind of shoved at him, and when I shoved at him he just start throwing head shots," she said.

Lee was consistent in recounting what happened and how she hurt that night.

"My head is really, really hurting y'all," she said. "It's like I have a concussion."

Lee never said anything about Shuffield having a gun and neither did witnesses. 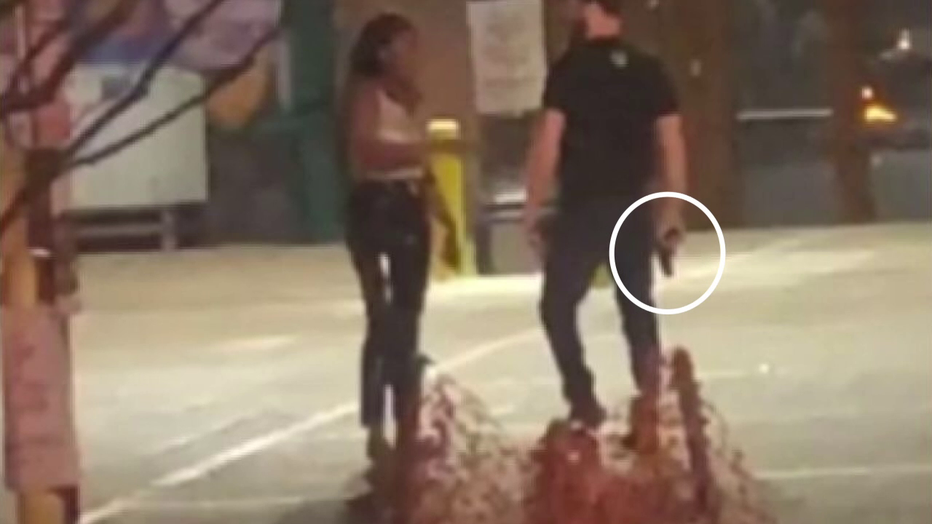 The gun was seen in a second cell phone video of the attack later posted to social media.

The weapon was presented in court Wednesday.

Police did not know about the gun on the night of the incident, initially no one was arrested.

Falin Daniels, now a sergeant, testified in court had she known Shuffield pulled a weapon he would have been arrested.

The defense argued Lee threatened Shuffield that night, telling him "You're going to be dealt with."

Testimony in the case continues Thursday.