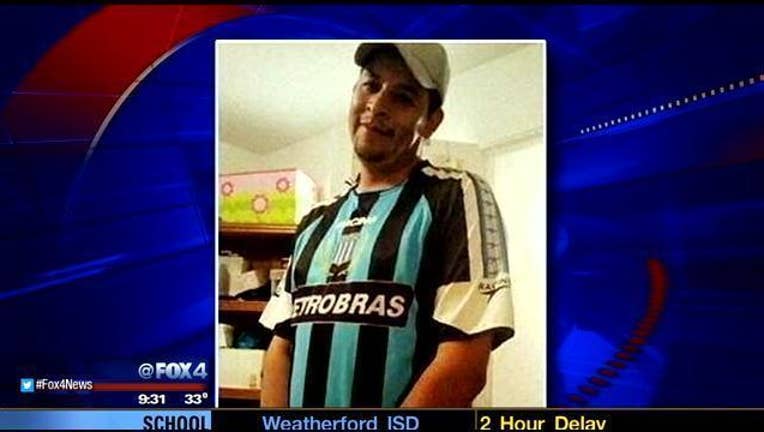 Dashcam footage of a shooting involving a Grapevine officer that left one man dead will not be released publicly.

The Tarrant County District Attorney's Office requested the video not be released due to an ongoing investigation, Grapevine PD said in a release on Thursday.

Ruben Garcia-Villalpando, 31, was shot and killed Friday, Feb. 20. Grapevine Police Officer Robert Clark tried to pull over Garcia-Villalpando for a traffic violation, which resulted in a short chase that ended on a Hwy. 121 service road in Euless.

One passing motorist recorded cell phone video before the shooting that appears to show Officer Clark with his weapon drawn and Garcia-Villalpando standing near the trunk of his car with his hands on his head.

Grapevine police say while Garcia-Villalpando did have his hands on his head, he refused to comply with Officer Clark's demand to halt and kept advancing on him.

Garcia-Villalpando was shot twice outside the view of the dash camera.

The Tarrant County District Attorney's Office requested the video not be released due to an ongoing investigation, Grapevine PD said in a release on Thursday.

Grapevine police said Thursday they still believe the video shows their officer "was doing everything in his power" to make a safe arrest.

Euless police are conducting the criminal investigation. They have now interviewed 24 people who claimed to see part of what happened along the busy highway, though no one claims to have seen the actual shooting.