Street stunting and racing continue to be a problem in Dallas.

DALLAS - Street stunting and racing continue to be a problem in Dallas.

The Dallas Police Department says they are seeing an increase in street racing over the past month.

The chief tweeted new numbers showing more than 160 arrests made.

Another takeover Sunday night left many feeling helpless. It happened at Forest Lane and Midway Road. Access to this intersection was cut off for 25 minutes in the middle of a residential neighborhood.

A viewer says she called 911 two times and was placed on hold. 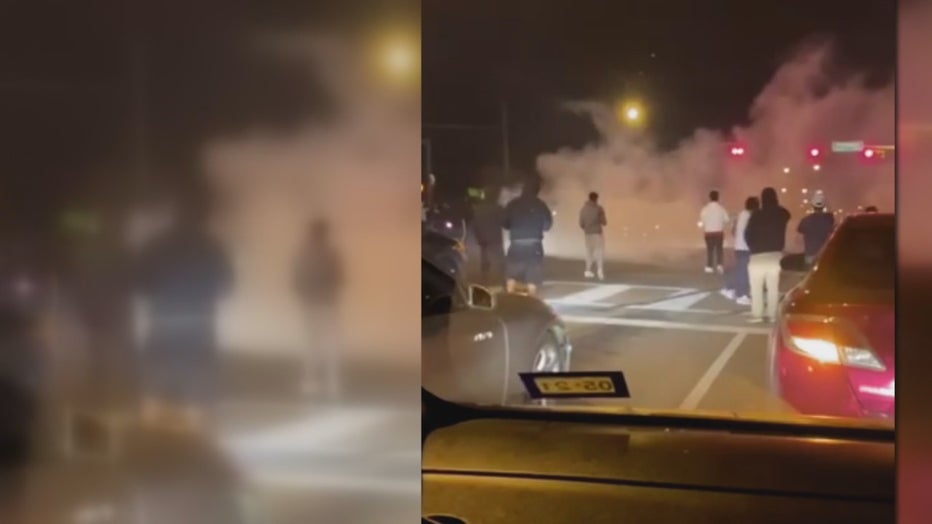 Assistant Dallas Police Chief Jesse Reyes says he is looking into the police response to that particular incident.

"It’s a nationwide problem and the state of Texas. Almost every large city is suffering," he said. "Innocent people can be hurt. When people are trying to get rest, they don't need this dangerous activity outside their door."

Reyes says DPD would like to be able to seize the vehicles involved in street racing and stunting, but there's no law supporting that yet.

"Legislatures and judges when we ask to seize vehicles. You have to be careful when seizing private property. It may be the same car mom or dad has to go to work in," he said.

Nearly a year ago, the Dallas Police Department elevated street racing from a priority 3 to a priority 2 cal. Some Dallas city councilmembers would like it to become priority 1, prompting the fastest response times.

"It remains priority 2, but increased officers assigned to the task force are helping us respond a little quicker, Reyes said.

But catching up to the racers and stunters has continued to be a challenge.

"They are so mobile. They stop at one before we can get there and move to a second and third," Reyes said. "They’re out in groups and different sections of town."

A spokesman for DPD said officers were on the scene at Midway and Forest in a covert way and later managed to arrest one of the racers.

Reyes urges people to report street takeovers to 911. And if you are able to safely get a license plate, that is helpful for police.