People inside the meeting were ticked off. They believe the city hasn’t been proactive to multiple reports of aggressive or abnormal coyote behavior. Now, the city is opening up about its plan following the coyote attack.

DALLAS - The city of Dallas says another coyote was killed in the Lake Highlands area. It's the fourth coyote killed since a 2-year-old boy was attacked last week.

The announcement was made Monday ahead of a community meeting about recent coyote sightings and reports.

People inside the meeting were ticked off. They believe the city hasn’t been proactive to multiple reports of aggressive or abnormal coyote behavior. Now, the city is opening up about its plan following the coyote attack.

A 2-year-old boy viciously attacked on his front porch in a neighborhood near White Rock Lake last week is the reason why concerned neighbors are meeting with city of Dallas officials inside White Rock Elementary.

Dallas Animal Services says since the attack, four coyotes in the area have been identified as aggressive and killed by the U.S. Department of Agriculture’s Wildlife Division.

"Coyotes are a native species to the area," she said. "We’re not specifically looking to kill any coyote. Right now, we’re looking at coyote behavior." 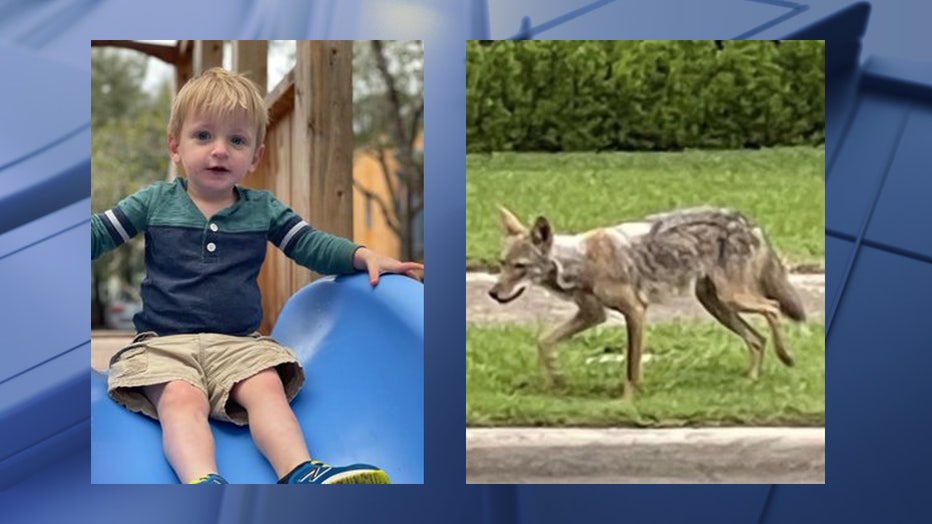 "We really want to kind of back away and let the coyotes get back to their normal behavior so we can identify any of those bad actors and address that," Webber said. "are they aggressively approaching humans or other animals or are they keeping their distance?"

RELATED: Coyote reporting hotline set up for 'bite zone' area where 2-year-old was attacked in Dallas

DAS says it had 14 calls about coyotes from February to the attack on May 3. The city says it needs to do a better job monitoring reports, and people at Monday's meeting agreed

Surveillance footage shows a prior instance of a coyote running at a child as well as other sightings.

Coincidentally, Saucedo, who grew up in the neighborhood, is a wildlife photographer. She echoes the city’s statement that coyote attacks on humans are rare.

"So when they enter into neighborhoods and they don’t find food, they should move on," she said.

Anyone who spots a coyote in the city of Dallas is urged to call the reporting hotline at 469-676-9813 or visit BeDallas90.org/coyotes.

Dallas city leaders will try to explain to people in a neighborhood why their complaints about coyotes were ignored until after a little boy was hurt in an attack.