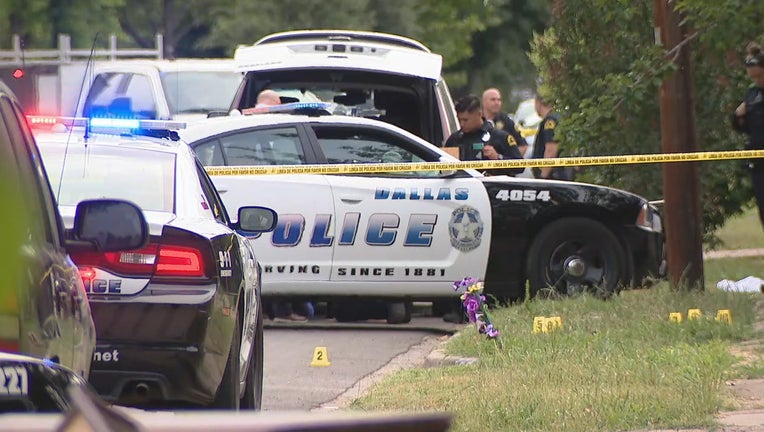 DALLAS - A man was killed, and two others were critically injured in a shooting in Dallas.

It happened around 4 p.m. Sunday as the victims were in a vehicle on Jerome Street, near Interstate 30 and Dolphin Road.

Police said someone in another vehicle shot at them and then drove off.

Officers found 26-year-old Devante Ivory dead at the scene. Another male and female were taken to the hospital in critical condition.