A city of Dallas report concluded short term rental properties do not have a negative impact on the surrounding neighborhoods and communities.

DALLAS - A city of Dallas report concluded short term rental properties do not have a negative impact on the surrounding neighborhoods and communities.

The city's analysis of short term rentals concluded that STRs do have more 311 and 911 calls associated with their addresses, but the difference is only one more call per house a year.

But people who live near problem houses find that hard to believe.

"It's had a huge impact on our neighborhood," said homeowner Amelia McVay.

She says the city's analysis of short term rentals does not match her experience or that of the dozens who spoke before city council members last week.

"Your home does not feel like your safe place anymore," McVay said.

The city's report, which included calls to 911 and 311, found "...Short-Term Rental properties do not have a negative impact on the surrounding neighborhood and communities. The data shows that there are a few problematic properties, and these are outliers."

McVay says her experience in the M Streets area was more than problematic.

"We met with code, DPD councilman, lawyers -- you name it we tried. Ultimately sold our house and moved into an apartment when I was eight months pregnant because it was more peaceful than living in our new construction house in M Streets," McVay said. 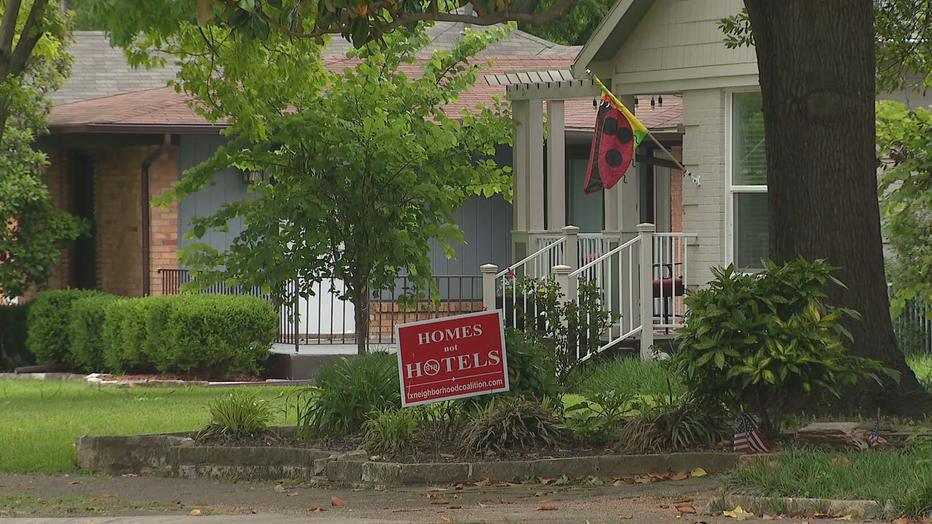 With a newborn baby her family bought a home in old lake highlands, a neighborhood zoned for single family homes.

"In two weeks we realized there were STR's all around us, and it has only gotten worse," McVay said.

The director of the city's report declined an interview, but the city told FOX4 in an email that it stands by the analysis of registered and unregistered STR's.

"The report was prepared by the City’s Office of Data Analytics & Business Intelligence, which is staffed by a professional data analytics team," a spokesman said.

McVay, now living near an elementary school, also worries about what children will see.

"They walk by, there's parties, strippers in the windows. It is just unbelievable. You would never know buying your home that is what you are buying next to," McVay said.