Some council members, as homeowners, want to know if it is legally possible to ban short-term rentals in single-family neighborhoods.

DALLAS - The Dallas City Council is once again trying to put tougher rules on short-term rentals that turn into party homes.

One possible change would ban homes in certain neighborhoods from renting to visitors.

Some homeowners say short-term-rental party houses are ruining their neighborhoods. Now, some city council members are asking staff to find out if the city can legally ban the rentals in areas zoned as single-family.

Norma Minnis is a member of the Dallas task force on short-term rental regulations. She's also one of many homeowners in the East Dallas neighborhood of Edgemont Park who want the city to ban short-term rentals in areas zoned for single families. 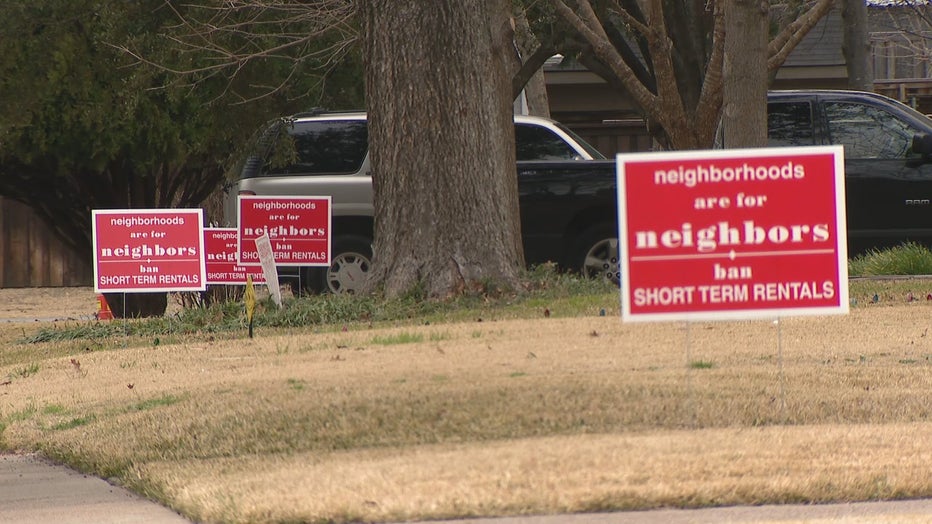 One neighbor shot a video on Dec. 19 of cars filling the street all to attend a party in the midst of a pandemic at a short term rental.

"There is a swimming pool, lots of noise," Minnis said. "They advertise it will sleep 16, but no one is sleeping. They're all out by the pool."

Homeowners feel code enforcement is often left up to them.

"Police hardly ever come because there are so many in the city," Minnis said.

Some council members, as homeowners, want to know if it is legally possible to ban STRs in single-family neighborhoods.

"If my neighbor next door put in a party house in the backyard that they rent nightly to 20-30 people, that is my worst nightmare," said Councilman Chad West.

Dallas collects hotel occupancy tax from just one-third of the STRs that advertise within city limits.

"One issue I have is we call it a hotel call hotel to get taxes but are not going to consider you a hotel by zoning definition," said Councilman Omar Narvaez.

Minnis believes with advertisements like on that says "your very own private resort," the definition is obvious.

"If you buy a house in a single-family-zoned neighborhood, you have a bond with the city that they will uphold that zoning," Minnis said.

The city estimates there are about 2,000 short-term rentals in the city compared with 250 hotels. The city now plans to hold meetings to get public input about the proposed regulations.