Dallas homeowners dissatisfied with Dallas' conversation about how to get a handle on short-term rentals in the city took their voices to city hall.

DALLAS - Dallas homeowners dissatisfied with Dallas' conversation about how to get a handle on short-term rentals in the city took their voices to city hall.

Dallas homeowners who want the city to ban short-term rentals in single-family neighborhoods took their voices to city hall. 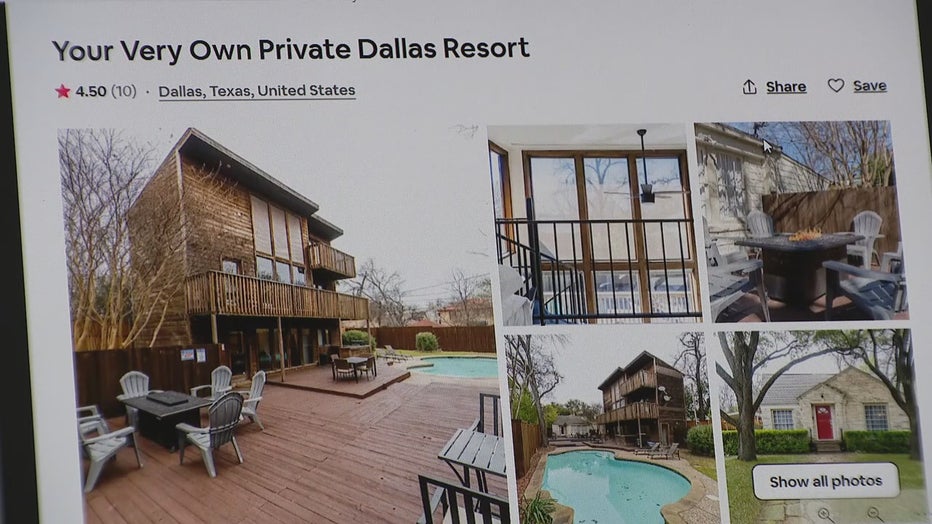 Frustrated by loud parties drowning out the sound of wildlife, Mary Nagler used her business expertise to create a cost-benefit analysis that shows 911 noise has the highest cost.

Nagler says she did a blind sample of 40 Dallas short-term rentals and looked at the number of calls for service over seven months. She then multiplied the calls by the amount the city said it costs to respond to different types of complaints, ranging from noise to parking to littering.

"The total cost was just under $540,000 to Dallas taxpayers just for seven months," she said.

And there are thousands of more short-term rentals in the city.

Another speaker was retired corporate attorney David Schwarte, who founded the Texas Neighborhood Coalition after STR's began popping up in his Arlington neighborhood.

"The warning I have for Dallas is you should not move forward with licensing short-term rentals," he said.

The city of Austin has had a more difficult time with its ban after it first gave a license to STRs to operate in the city.

On Tuesday, Dallas discussed giving STRs a special use permit that could later be revoked.

Nagler believes that idea would continue to burden neighbors to act as hotel security.

"The expectation when we move into a single-family neighborhood is we will be next to neighbors, not a commercial business," she said.

Airbnb said in a statement that parties are banned at its listings until further notice. The company says it also set up a hotline where neighbors can report issues to a real person at any time.

Dallas will be seeking public input about how to best manage short term rentals in the city at its first public meeting on the topic next month.