DALLAS - Dallas Police Chief Renee Hall has been out among crowds gathering in protest of George Floyd’s death. She said she continues to support peaceful protests but will not allow residents to break the law.

“If you break the law, we will arrest you,” Chief Hall said.

The chief defended her actions to arrest dozens of protesters who were blocking the Margaret Hunt Hill Bridge in Downtown Dallas Monday night.

She thanked them for being peaceful but went on to say that anyone who breaks the law will be arrested.

When they walked onto the bridge, they stopped and knelt. They were arrested because going onto the bridge and impeding traffic is illegal, the chief said. 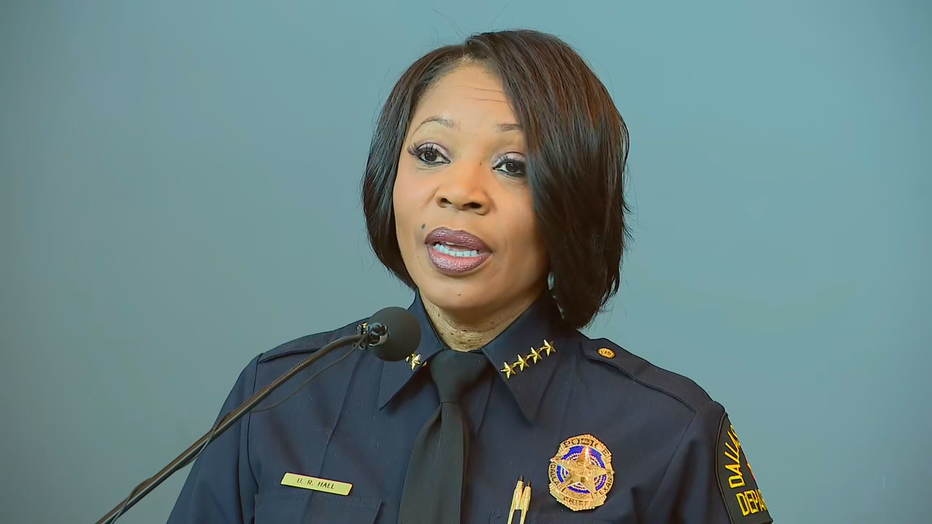 Chief Hall said after collaborating with others she made the decision to release all those who were detained and plans file at-large charges. Only one person was arrested for being in possession of an illegal handgun.

Jail capacity was a factor in her decision, she said.

“I’m not here to make people happy. My job and our job in law enforcement is to keep the city safe,” she said. “We will not allow this city to be destroyed. We will not allow individuals to continue to break the law and so that’s where we are.”

The chief said officers will continue to be vigilant to keep residents, businesses and protesters safe.

Peaceful protesters remained in Fort Worth past curfew