Fort Worth police join in peaceful protests after curfew

The city of Fort Worth enacted a curfew in an effort to prevent violence around the protests. But there was no violence Monday night.

FORT WORTH, Texas - There was a peaceful protest in Fort Worth Monday night just hours after the city implemented a new curfew.

The citywide curfew went into effect at 8 p.m. Protest organizers said they planned to follow it but hundreds of people remained outside after it started. 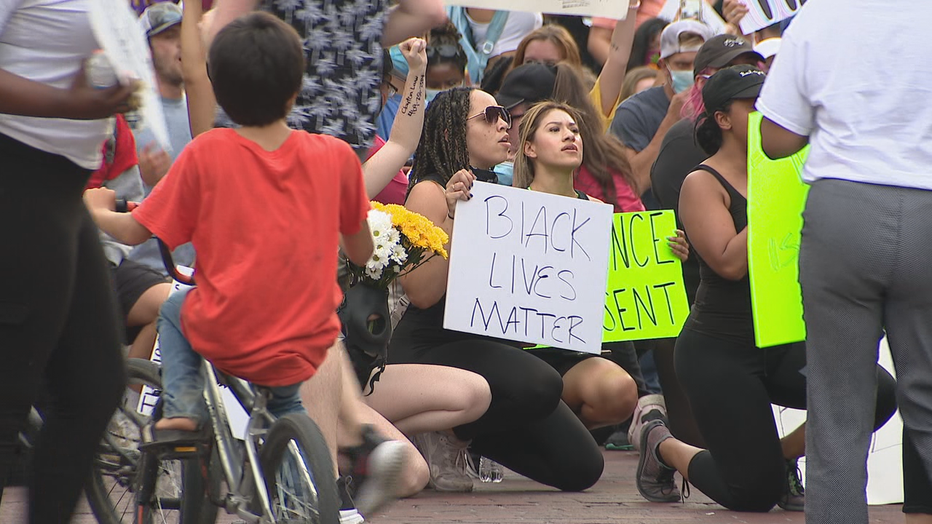 Video from SKY 4 showed a diverse crowd gathered outside the old courthouse in Downtown Fort Worth. Many people were carrying signs, expressing their anger and frustration over the death of George Floyd and police brutality nationwide.

Some officers were seen hugging protesters. Many applauded the gesture of police working to show unity. 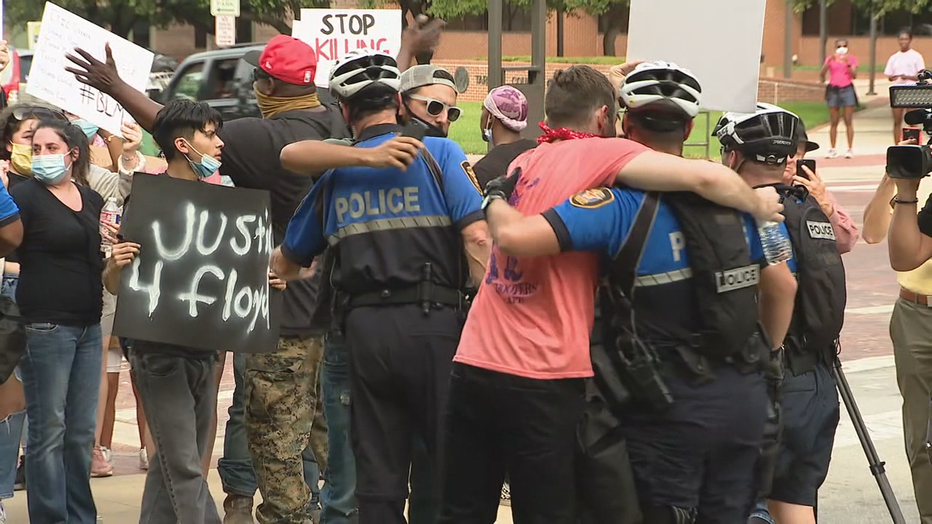 Donnell Ballard’s voice was hoarse from three nights of yelling out for justice with his group United My Justice.

“I think we’re in shaky times right now and that calls for a different perspective without violence. Doing the news or doing something like what we’re doing right now, it gets your word across just as well,” added Ashton Smith, who was part of the demonstrations. 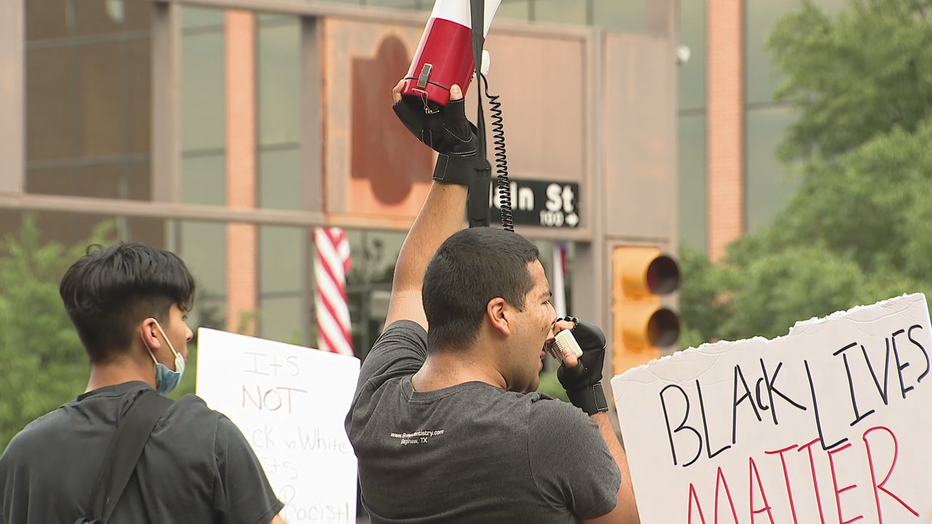 Fort Worth police said they want to give people space to express themselves but ask that it is always done peacefully and with safety in mind.

At the end of the night, Fort Worth Police Chief Ed Kraus and other officers took a knee and prayed with people in the crowd. Afterward, they agreed to go home for the night. 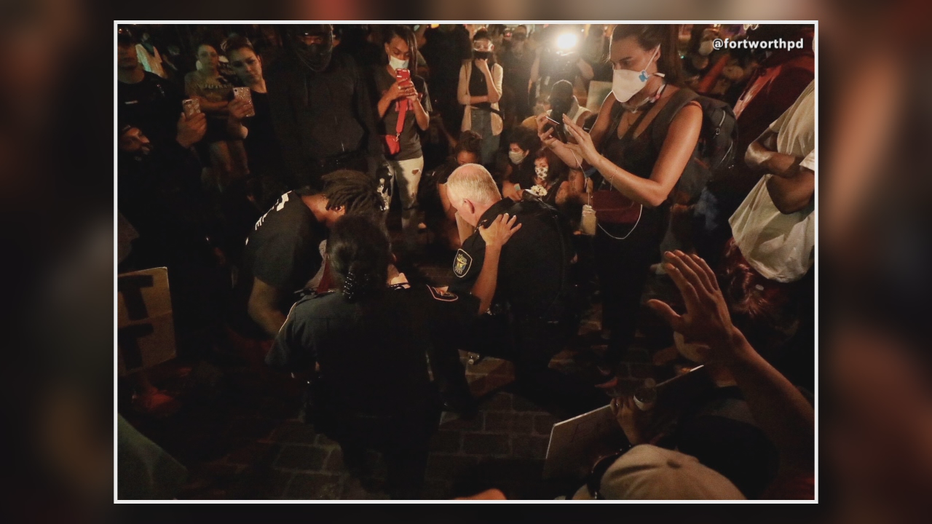 Protesters remained in Fort Worth past curfew

The organizer of a protest there said they planned to adhere to the curfew. Although as the clock struck 8 p.m., hundreds remained outside.

City leaders implemented the curfew following a night of demonstrations that were violent at times.

Kraus said police blocked the bridge and told protestors to turn around, which many did. But at one point, those that stayed started throwing objects at police. After repeated warnings, smoke, gas, and flashbangs were used to disperse the crowd.

Fort Worth begins a curfew Monday night in response to local and nationwide unrest over the weekend.

“We’ve not used gas on a crowd in Fort Worth in 30 years, is what I’m told. I didn’t want to be the one to bring that back,” Kraus said. “Unfortunately the rocks, the ice filled bottles, the bleach filled bottles and the pyrotechnic inside the officer line, there is a point where you have to use the tools you’re trained to use.”

Police said three officers were injured. One was hit by an ice ball. One officer broke a leg while pursuing someone causing damage at Montgomery Plaza and one officer twisted knee.

According to police, about 50 people were arrested Sunday night and businesses in Montgomery Plaza and downtown were damaged.

Mayor Betsy Price said the curfew was imposed with public safety in mind.

“This decision was not made easily but it comes at the recommendation of our partners and the police chief. We put our heads together and decided what was right for our community,” she said.

Fort Worth mayor discusses the need for curfew

Good Day checks in with Fort Worth Mayor Betsy Price after the first night for a citywide curfew. Police Chief Ed Kraus was seen showing compassion when protesters were still out past 8 p.m.

The curfew is in effect through Thursday but it could be extended.