Dallas police officers, moved by the continual strain placed on healthcare workers during the pandemic, are organizing a show of support on Saturday.

DALLAS - Dallas police officers, moved by the continual strain placed on healthcare workers during the pandemic, are organizing a show of support on Saturday.

The Northeast Division will be accepting drive-thru donations at their police station at East Northwest Highway and Audelia Road, near White Rock Lake.

As the months in the pandemic drag on, officer Bervin Smith wants frontline healthcare workers to know they are not forgotten, while receiving some grab and go food that can help sustain them through the long hours.

"I think they have the most dangerous, as well as most important job in America right now," Smith said.

While officer Smith is trained to handle life or death encounters he sees the invisible enemy healthcare workers are fighting, as the more difficult battle.

"I worked off-duty hospital years ago. I see how dangerous the jobs are," he said. "Folks are really sick, edge of death, long recovery."

As a first responder and recipient of community support himself, Smith knows the impact a simple thank you can have, so now, he wants to pay it forward.

"People pick up your lunch tab, let us know how they are praying for us. Those things mean a lot," he added. 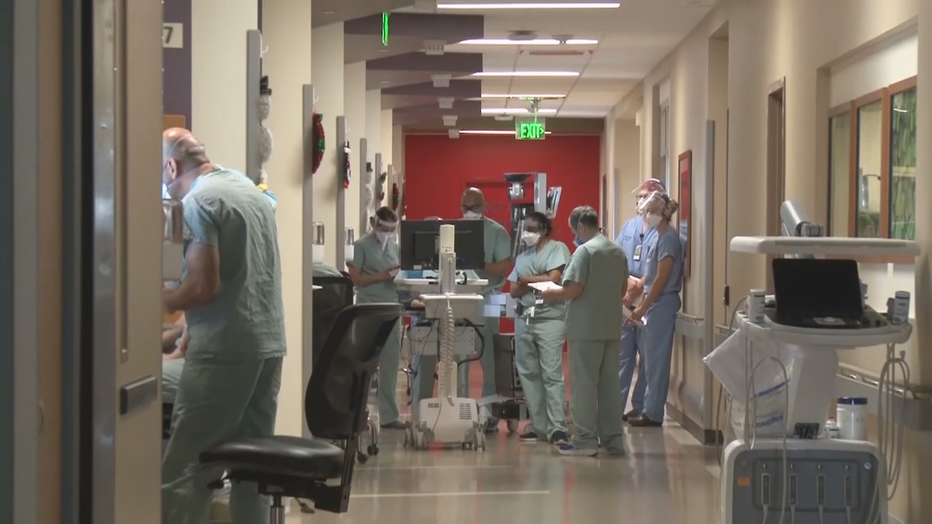 Early in the pandemic, there were large shows of support for healthcare workers. From organized cheers, to the Dallas skyline going blue, to a Blue Angels flyover.

As the months drag on, shows of support have slowed, but the work has not.

"They don't get lunches or breaks. They work 12-18 hour shifts and want refreshments to keep them going, want them to know we are behind them 100%," Smith added.

As they did in December, the Northeast Division will be collecting donations of snacks, cards, and gift cards Saturday from 10 a.m. to noon.

The items will be delivered to Parkland Hospital, Baylor, and the Fair Park vaccination site on Tuesday.

"Anything individually wrapped. They can grab and go and eat, and we want to have these items there for the nurses," Smith said.

But officer Smith said, more than the energy inside the food, is the energy that comes from knowing the community has their back.

"Trying to do our part, not sit on sideline. Say what a wonderful thing these guys are doing, wish I could help," Smith said. "You can help. Come 10 a.m. to 12 p.m. [Saturday] and drop off some items to show these nurses you appreciate them."