It was an amazing site as the Blue Angels circled around both downtown Dallas and Fort Worth in a show of support and patriotism.

DALLAS - The Navy’s Blue Angels honored workers on the front lines of the coronavirus crisis Wednesday in North Texas.

Many people came out of their homes, some gathering in parks or parking lots, to watch the flyover. They applauded and cheered flight demonstration squadron passed overhead for as part of the America Strong effort.

The jets started over McKinney and flew over several Dallas-Fort Worth hospitals. They looped around both downtown areas. 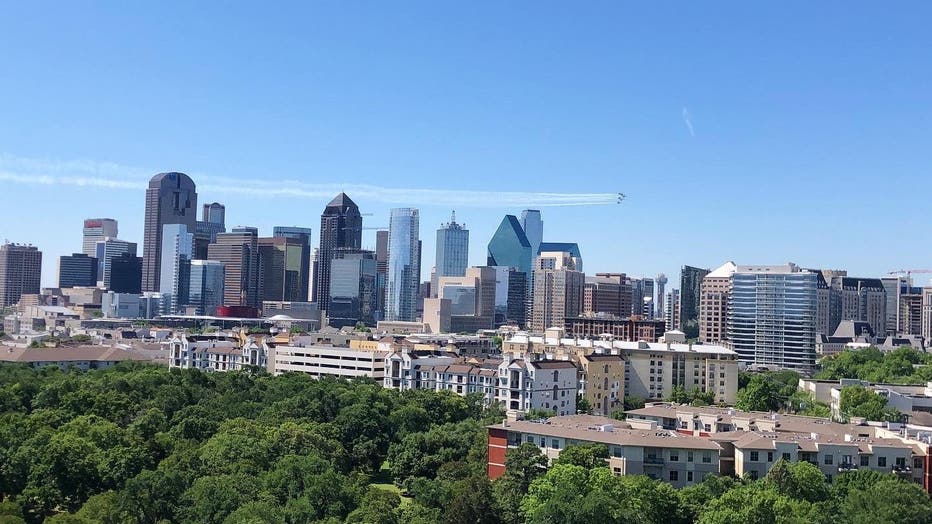 Healthcare workers at Baylor Scott & White Medical Center in McKinney said the tribute was emotional for them. It was also a reminder that we are all in this together.

Tameka Simmons and Ginger Thomas who are both veterans now work at the hospital.

“It’s so amazing. I appreciate everything that they’re doing. It shows they appreciate us and they recognize the things that we do and how we put ourselves out there,” Simmons said.

“As a veteran, it’s emotional being supported. I think it’s great that our caregivers get to see that,” Thomas said.

“My wife and I are both in the Navy, so it’s great to come out and show him some of the exceptional things the military does,” said Tim McDonald, who took his family to Klyde Warren Park in Downtown Dallas to watch. “It’s nice to bring him out and show him what we were a part of just a little bit.”

The team at Parkland Hospital watched from the helipad.

“As they went by, we had a couple staff members that carried American flags and held them up and everyone just started pure silence in awe as the Blue Angels circled the city. Inspirational,” said Parkland Hospital Senior VP Samantha Rowley.

Over to the medical workers at Texas Health Harris Methodist and JPS in Fort Worth, they are working long shifts to be the support system for their patients.

“It’s stressful,” admitted Megan William, a nurse at Texas Health Harris Methodist Hospital. “You have to find your moments of peace in all this, peace for you, your family, your patients, knowing your patients don’t have family that can come up and be with them. You have to be that strong person for them.”

“At the end of the day, you want to know was it worth it? do people appreciate it?” wondered Tom Curry with Parkland Hospital. “And the answer comes back. People do appreciate the things we do.”

Before the flyover, there was also a parade of McKinney fire, police and community leaders at the hospital to say thank you to all the healthcare workers there. 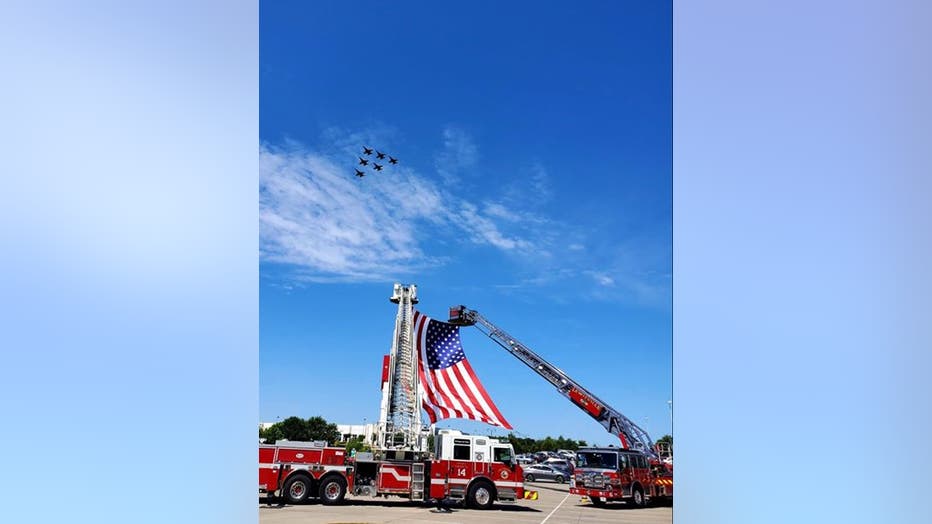 There were some families in the crowd with their children, many wearing masks and practicing social distancing.

Parents said watching the Blue Angels and telling healthcare workers how much they are appreciated was a good opportunity to take their kids out of the house for the first time in weeks. 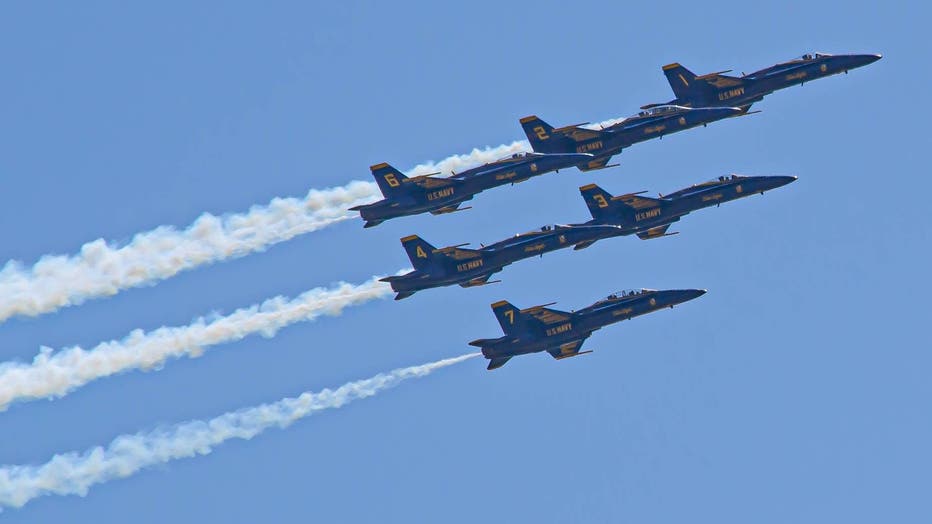 After the flyover across DFW, the jets made their way to Houston and New Orleans.