Organizations are offering humanitarian aid to refugees at border crossings in Ukraine, including Medical Teams International, which has a team in Eastern Europe led by a Dallas nurse practitioner.

DALLAS - More than 2.8 million people have fled Ukraine in the weeks since Russia invaded.

Organizations are offering humanitarian aid to refugees at border crossings, including Medical Teams International, which has a team in Eastern Europe led by a Dallas nurse practitioner.

Eighteen days into the Russian invasion, those in border countries report the situation is still chaotic as thousands try to get out of Ukraine every day.

Sara Phillips has been on the ground in Moldova for Medical Teams International since last week. The organization is working to set up mobile medical teams to help thousands of Ukrainians entering the country every day.

"Everyone responds to trauma differently," she said. "And some people sort of come across the border with a sense of relief, and you can see a sense of like happiness and just kind of like, ‘We made it!’ on their faces. And then some people come across weeping." 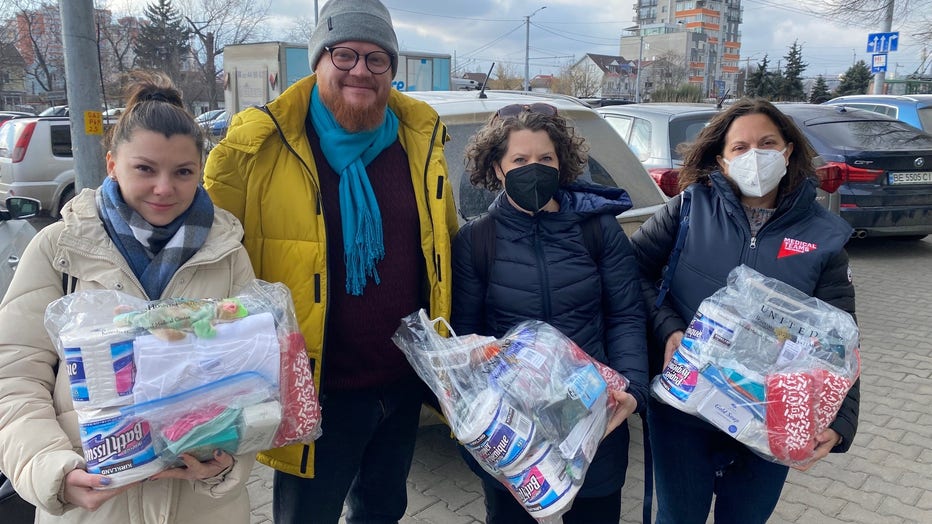 "It's been in the 20s and 30s every day. Snowing many days. When that happens,’ it’s just really terrible conditions to be outside in," she said. "I would say we're hearing stories from people waiting anywhere from an hour and a half to 48 hours took off and some walking as far as 20 kilometers."

Phillips says volunteers have offered help, including letting strangers sleep in their homes.

Many refugees are staying at shelters hastily set up at churches or community centers for a few days while they figure out where to go next while others are moving onto other countries.

RELATED: SMU graduate killed while working as journalist in Ukraine

Phillips says officials at border crossings see a surge in activity where there are new attacks in Ukraine.

"Honestly, that is one of our biggest concerns. Because if you see a significant change in the conflict, it's going to be tens of thousands trying to get out a day," she said. "And the infrastructure is not in place to process that many people rapidly."

More than two weeks into the Russia-Ukraine war, it’s clear the work is far from over for those offering humanitarian aid to war refugees.

"These are real people with real homes and real families," Phillips said. "And to remember them, to pray for them, to give your money because it costs a lot of money to mount this kind of an operation to care for them."

Medical Teams International plans to stay for at least the next few months to help refugees make the transition into new countries.