Dallas ISD's longtime superintendent Dr. Michael Hinojosa says he is leaving his role at the end of the year. But he said he's not retiring and he'll still be around.

DALLAS - The longtime superintendent of Dallas public schools is leaving his role at the end of 2022.

Dr. Michael Hinojosa spoke to the media Thursday and said he notified the Dallas Independent School District's board of trustees in writing that he plans to resign as superintendent.

"Being the superintendent of Dallas for as long as I have been, I’m going to try not to get emotional because I’m a macho Mexicano and I shouldn’t do that. But it is special the journey that I’ve had the opportunity to be on," he said.

He also clarified that he is not retiring because he said his wife won't let him.

Those words, coupled with a video highlighting his parents move from Mexico to Lubbock when he was 2 years old, seemed to stop just short of a campaign announcement. It’s rumored he is considering a run for mayor of Dallas. 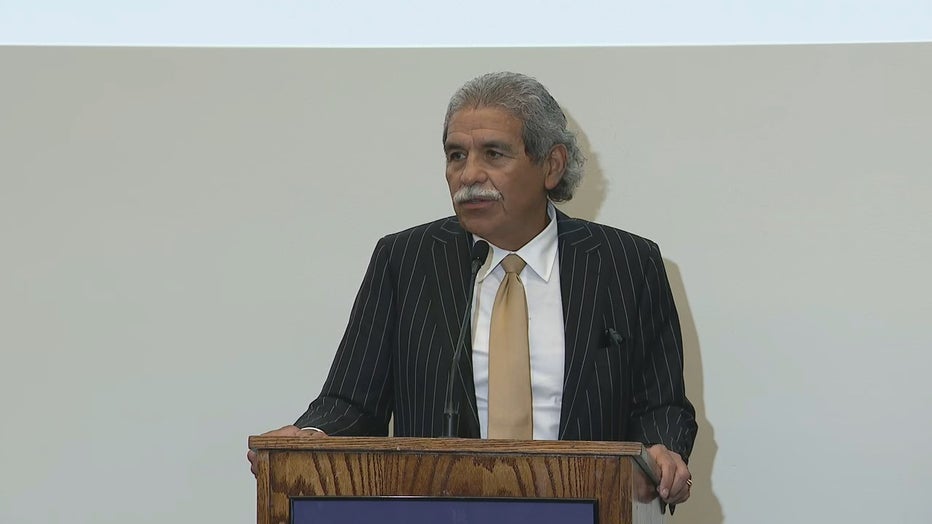 Hinojosa plans to finish out the year and will help the board look for his successor. He'll also make himself available to his successor to prepare that person for the job.

"I’m not stepping down on anything. I’m going to step up. But I am going to exit as superintendent. My last official day will be Dec. 31, 2022," he said. "I will be around for the foreseeable future, certainly through that date."

The school board president said the board will form a search committee this week that will consider candidates both inside and outside the district.

Hinojosa is on his second stint for a combined total of 13 years as superintendent of Dallas ISD.

He first took the role in 2005 and left six years later. He returned in 2015 after the stormy three-year tenure of Mike Miles.

RELATED: Dallas ISD mask mandate starts for everyone on campus despite Abbott's orders

Hinojosa has overseen the district during the COVID-19 pandemic and kept the mask mandate in place despite Governor Greg Abbott’s executive order. He was also in place as voters passed a historic $3.5 billion in bonds for school renovations district-wide and technology upgrades during the pandemic.

Hinojosa points to the rebuilding of three campuses that were ravaged by an EF3 tornado in 2019 as unfinished priorities. He also said the pandemic has created a host of challenges with student retention and learning losses.

When asked if he had any regrets, he mentioned one thing.

"One thing I would have done differently is early on I did not communicate enough with the board. In a crisis it is hard to make consensus decisions," he said.

Hinojosa is the product of Dallas ISD and a graduate of Sunset High School. After college, he began working for the district as a teacher and coach.

On Thursday, Dr. Kent Scribner also announced he is retiring from the Fort Worth Independent School District. He said he told the school board last month that he plans to step down at the end of his contract in 2024.

Last month, Richardson ISD's school board also accepted Dr. Jeannie Stone's resignation. She started as superintendent in 2017, leading the district of about 40,000.