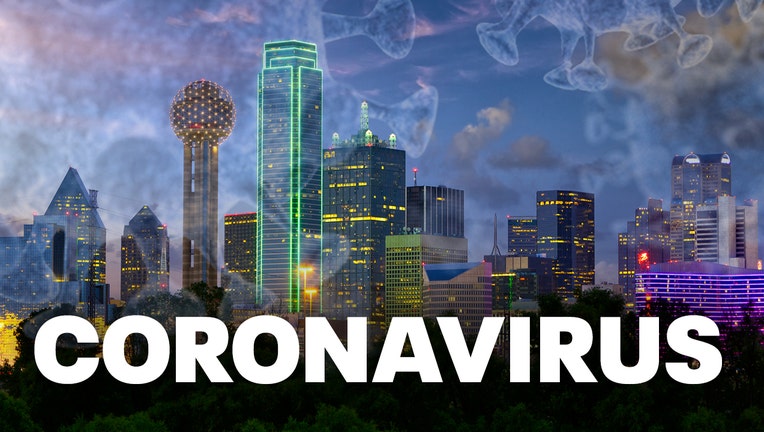 DALLAS - Dallas County reported a record number of new positive COVID-19 cases on Sunday, as the county topped 200 new cases for the first time in a single day.

Health officials said there were 234 new cases and one death. The new death was a Dallas woman in her 70s.

County officials said this is not due to any significant increase in testing.

The previous high was the 187 new cases reported on Friday, and the county's second highest single-day total, 181, was on Saturday.

Officials have said to expect higher case numbers as the number of people being tested has increased, and instead focus on hospitalizations and ventilator stats, which continues to remain steady.

Dallas County doesn't report the number of recoveries, but state health officials report more than 15,500 people have recovered from the coronavirus here in Texas.

That brings Tarrant County's total number of cases to 2,584 and 75 deaths. Health officials report 613 people have recovered from the coronavirus in Tarrant County.