Health officials said there were 187 new cases and two deaths. It’s the second day in a row the county has set a new record for single-day reports of positive cases. The two deaths were a Dallas man in his 20’s and an inmate in his 50’s.

Health officials said of those who have been hospitalized and reported where they work, nearly 80 percent are so-called "essential workers" like health care, transportation, food/agriculture and first responders.

As more businesses reopened on Friday, Dallas County Judge Clay Jenkins urged people not just to go out because they can. Meanwhile, some restaurants and other businesses believe they can open their doors in a safe way.

Statewide, restaurants can open as long as they remain under 25 percent capacity and follow strict sanitization guidelines.

It's the first phase of Governor Greg Abbott's plan to reopen the economy. His office this week has frequently pointed to a drop, statewide, in the percentage of people testing positive, even though those case numbers rise as more people are tested.

But in Dallas County, officials say the number being tested remains roughly the same, but more people are testing positive.

“Our highest three days thus far have occurred over the past four days,” Jenkins said.

County epidemiologists say some of that increase is due to the decision to expand testing for frontline workers, like those at grocery stores, who don't have symptoms. But they say overall, they want people to consider the case numbers and a 20 percent increase in deaths this week before going out.

“What we've got to do now in the face of a climbing number of deaths and cases and governors orders that put more opportunity for us to be around each other and spread infection, it’s up to each one of us to make smart choices,” Jenkins said. “Is it really a good time to go sit in a restaurant as opposed to picking your food to take out.”

For the first time in weeks, people are eating at Bucky Moonshine's in Deep Ellum.

“I am so happy to see the customers we've had for years, and they're happy to see us,” said owner Bucky Pugh.

The restaurant is giving people options based on their comfort level: spaced-out tables inside, a patio or tables in the parking lot.

Takeout is continuing as well, but Pugh says by start of the dinner rush 80 percent of his customers were eating there.

“I personally think that we are way safer than a convenience store or grocery store,” Pugh said. “Because my servers work on tips, so they want to make the customer feel very comfortable.”

For Jeff and Malona Grimes, it was an opportunity to feel things out.

“If we didn’t feel comfortable in a place, we definitely wouldn't have come in or stopped by to see what's going on,” Jeff said. “Basically, we're testing the waters a little bit with this to make sure social distancing is actually happening.”

But for restaurant owners like Pugh, they believe it can be done safely.

“I haven't seen anyone come in that didn't ask questions, where to come and what to do and how to be as cautious as they possibly can,” Pugh said. “They're just happy to be able to come in sit down and be served a meal.”

Dallas County now has a total of 3,718 COVID-19 cases and 106 deaths. The county does not issue numbers of recoveries.

Tarrant County reported 142 new cases on Friday and one new death, a Fort Worth woman in her 50's. The county has a total 2,388 cases and 69 deaths.

Collin County reported 14 new cases and one new death on Thursday, for a total of 724 cases and 21 deaths.

Denton County reported 17 new cases and one new death on Thursday, for a total of 765 cases and 21 deaths. 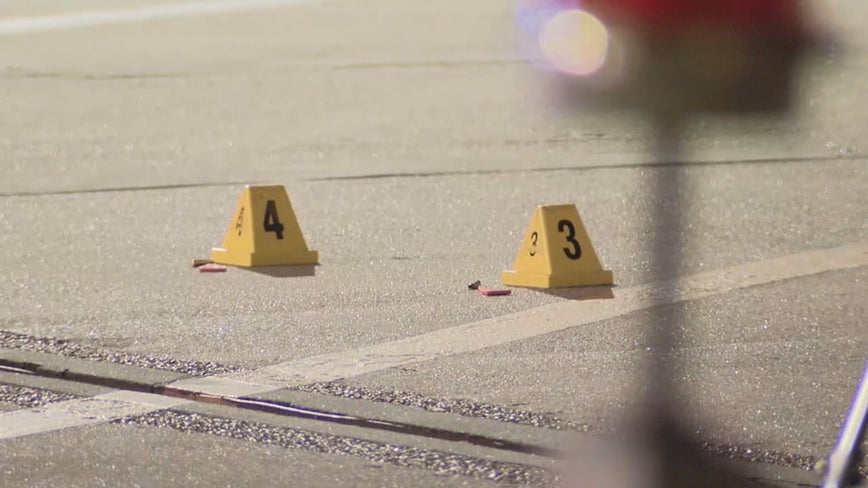