The city approved a nearly $900,000 contract to purchase 100 kiosks that would take people's temperatures through touch-free technology.

The city approved a nearly $900,000 contract to purchase 100 kiosks that would take people's temperatures through touch-free technology.

The purchase agreement is with a company called Wello, Inc. According to their website, they sell hands-free, self-service, temperature screening units for use in high volume areas -- like gyms. 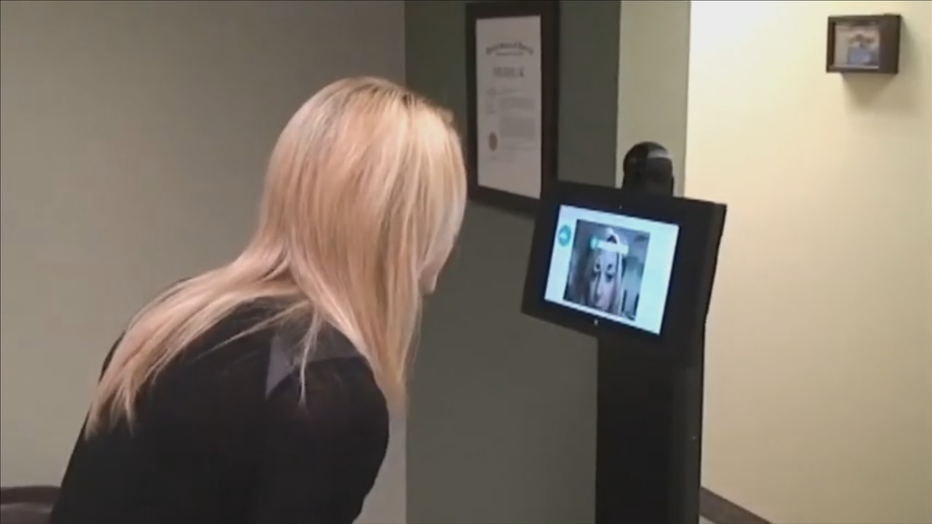 Rik Heller is president and CEO of Wello based in North Texas. He says his ‘Wello Stations’ can be in place within 30 days. A company video shows how it works.

The badge can show other people you don't a fever. If you do, the system sends out an alert. Heller says names are not recorded or printed on the badge.

“There's nothing private about my face. And there's the actual date and time. So you can't use yesterday's label,” he said.

The city would only confirm that four of the kiosks would be placed at Dallas Love Field. They could also potentially be used at recreation centers, courts, libraries and city hall.

Stephen Love is the CEO of the DFW Hospital Council.

“I've actually seen some of their products demonstrated. Some of our hospitals have used it,” he said.

Wello is an associate member of the council and several temperature readers are already in use at hospitals like Baylor and UT Southwestern.

Love believes these stations will be a vital tool during this ongoing pandemic.

“I think anytime you take temperature, it's just one more thing you're doing to have good public health,” Love said.

Heller says the reason a person's face is on the badge is so that another person can't scan for someone who may be sick. The machines are in stock and ready for delivery. The city just needs to decide where to put them.

The council also approved a $660,000 contract that will provide mobile COVID-19 testing for people who can't get to one of the drive through testing sites, their doctor or a hospital.

The contract will provide up to 60 mobile tests a day, for people who qualify, for 40 days. But it is a fraction of the testing increase the city says is needed.

“At the end of the day, you can't just order people back into the economy by picking a date on the calendar, it's open. It doesn't work that way. People have to feel confident they can go back into the economy and not get sick or get people they care about sick,” said Dallas Mayor Eric Johnson.

The Dallas assistant city manager said leaders would want 4,000 COVID-19 tests administered each day to reach the recommended level of health officials. Right now the county is only testing 1,000 people a day.

The mobile testing contract is paid for by the federal government through the CARES Act.