A retired Air Force pilot who also flew for American Airlines for many years is providing some insight on what investigators are focusing on in Saturday's deadly air show crash probe.

DALLAS - A retired Air Force pilot who also flew for American Airlines for many years is providing some insight on what investigators are focusing on in Saturday's deadly air show crash probe.

The Commemorative Air Force says the show was approved by the Federal Aviation Administration.

The deadly mid-air crash at an air show in Dallas which killed six pilots and crew raises questions about what specifically was or was not approved by the FAA.

Monday's rain hampered recovery efforts as federal investigators work to figure out what caused a mid-air collision during an air show over the weekend.

"No one ever intends for something like this to happen, and the main goal now is to make sure it never happens again," he said. 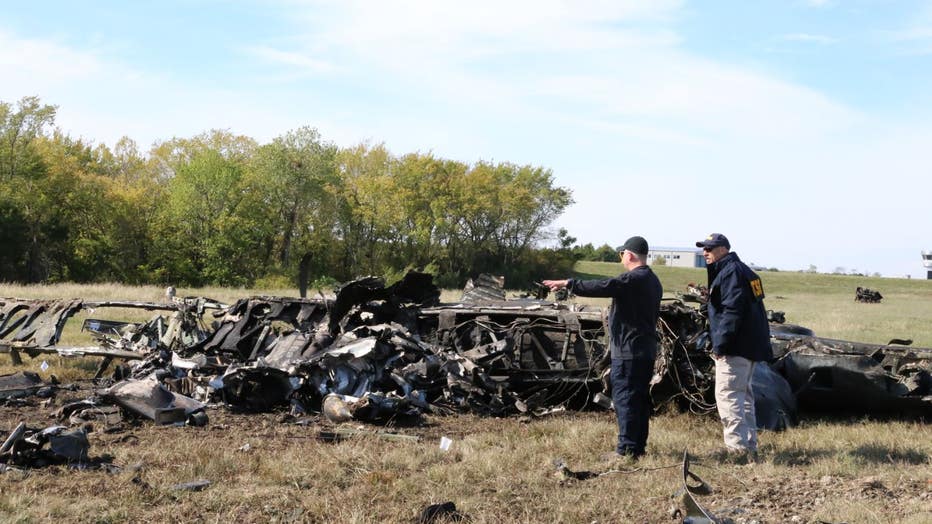 The FAA will not answer questions about the crash while it’s under investigation by the NTSB. However, it tells FOX 4 generally it "only issues waivers when it determines the waived maneuvers can be performed safely."

"No improvised maneuvers are allowed during air shows. Every performer’s proposed routine is evaluated. If the performer is approved, they must strictly follow the provisions of the approval," Manno said. "So all of those factors must be in the plan that was approved by the FAA."

"I think it’s a constructive thing that there is so much video because the NTSB now will have a good look at exactly what happened, why there was a convergence, why there was a loss of separation, why in this formation did they lose track of each other and have the result that they did?" Manno said.

Manno says typically when planes fly in formation, a leader directs communication and others respond.

"So that everybody knows where they are, what they’re doing, what the next maneuver is, what their speed is," he said.

If a pilot loses sight of a plane while in formation, they are typically taught to immediately acknowledge it.

"In my experience, it should be instantaneous," Manno said. "Because a loss of separation means that we don’t know where everyone is."

The pilot is typically taught to change altitude and separate.  In this case, likely flying higher since they were already low to the ground.

"It’s called going lost wingman, and someone called out ‘lost wingman’ or ‘break it up,’" Manno said.

The smaller P-63 King Cobra appeared to be flying faster than the Boeing B-17 Flying Fortress when they collided. It’s unclear why.

Manno says planes in formation are usually traveling at the same speed.

"I just seems like that there was a differential in speed and obviously a convergence, and that certainly was not planned," he said.

The NTSB has been interviewing people connected to the air show and gathering evidence at Dallas Executive Airport since the day of the crash.