With early voting started, voters will finally get their say as to who will replace longtime Congresswoman Johnson in what’s been a Democrat-safe seat for years. Monday was the first time since 1991 that she voted for a candidate in Texas' 30th Congressional District and it wasn’t her name.

DALLAS - Early voting for the Texas primaries started Monday and runs through Feb. 25.

Voters statewide will choose which candidates will represent their parties in the November election. There are 38 U.S. House seats statewide.

With early voting started, voters will finally get their say as to who will replace longtime Congresswoman Johnson in what’s been a Democrat-safe seat for years.

Monday was the first time since 1991 that Johnson voted for a candidate in Texas' 30th Congressional District and it wasn’t her name.

Shortly after announcing her retirement, Johnson 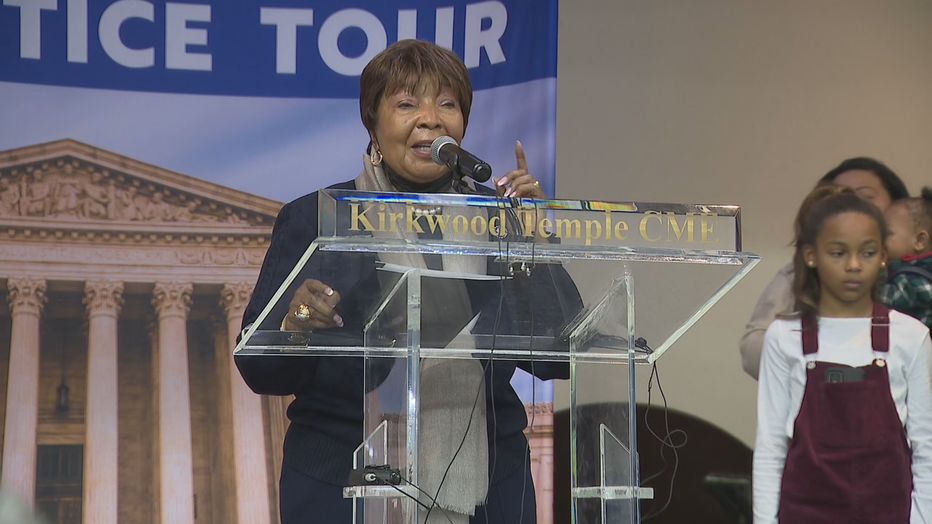 "I think she is the most qualified in the race," Johnson said. "She certainly has the best track record than anyone in the race."

Crockett is a civil rights attorney and just finished her first term in the State Legislature. She has been endorsed by the Dallas Morning News, Dallas City Council members Adam Bazaldua and Omar Narvaez, state representatives and community faith leaders.

While Crockett is the frontrunner, the biggest question is can she win the primary outright.

"It's possible if anyone would do it, it would be her," said SMU Political Scientist Matthew Wilson. "She's the only candidate who could potentially win 50% in this first round."

The crowded field of candidates includes Jane Hope Hamilton, a former staffer of Congressman Marc Veasey whose districts spans from Fort Worth to Dallas.

Abel Mulugheta is a former staffer for Dallas County State Rep. Rafeal Anchia. She has also raised the most money.

Wilson says Hamilton is a likely second-place candidate and will need people in the crowded field to help her make it to a runoff.

"What Hamilton will need is for those people, several of those other candidates to earn 7, 8, 12% of the vote, a decent portion enough to deny Crockett a first-round majority," he said. "So you know what she's probably hoping for is for Crockett to finish in the 40s, her to finish in the 20s."

Whoever replaces EBJ, it will signal the end of an era.

"I think what comes next is anybody's guess, which is why you see the local African-American political establishment kind of fragmenting on this question and each are picking their own champions," Wilson said. "Not necessarily the same person that Eddie Bernice Johnson would like to see carry that mantle."

Early voting ends on the 25th. The last day to request a mail-in ballot is this Friday.

Officials suggest you put your driver’s license and social security number on the application to avoid being rejected under the new law.