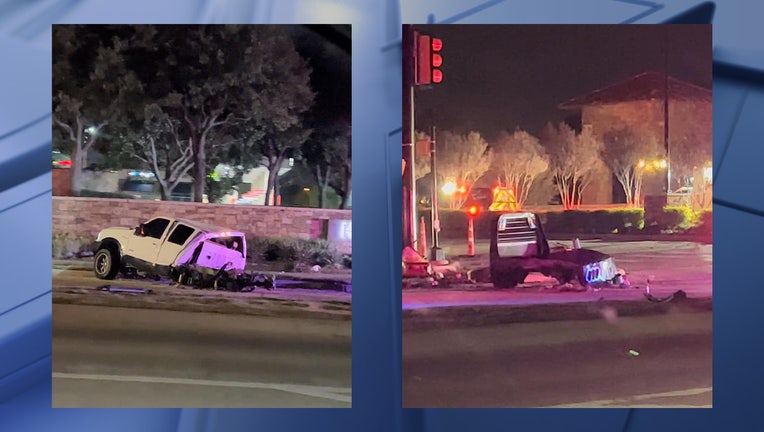 FORT WORTH, Texas - There were at least two people injured in a crash involving a suspect who was fleeing from Fort Worth police Saturday evening.

Few details have been released at this time, but police said this started as a stolen vehicle call that turned into a police chase.

The vehicle was involved in a multi-vehicle crash near the intersection of N. Riverside Dr. and Heritage Trace Pkwy.

It’s not yet known how many vehicles were involved in the crash, but there was at least one police vehicle involved.

There were at least two people transported from the scene, the suspect and a woman in the suspect's vehicle.

Their conditions were not released.