COVID-19 student cases across Texas schools double in one week

The number of COVID-19 cases among students nearly doubled across Texas in one week.

FORT WORTH, Texas - The number of COVID-19 cases among students nearly doubled across Texas in one week.

A district court judge in Tarrant County sided with some Fort Worth parents who are opposed to the superintendent's mask order. The judge said the mask requirement cannot be enforced while the legal case is still in the courts.

This temporary injunction blocks a mask mandate, but the district says it has already appealed. Both sides say it will end up in the Texas Supreme Court. 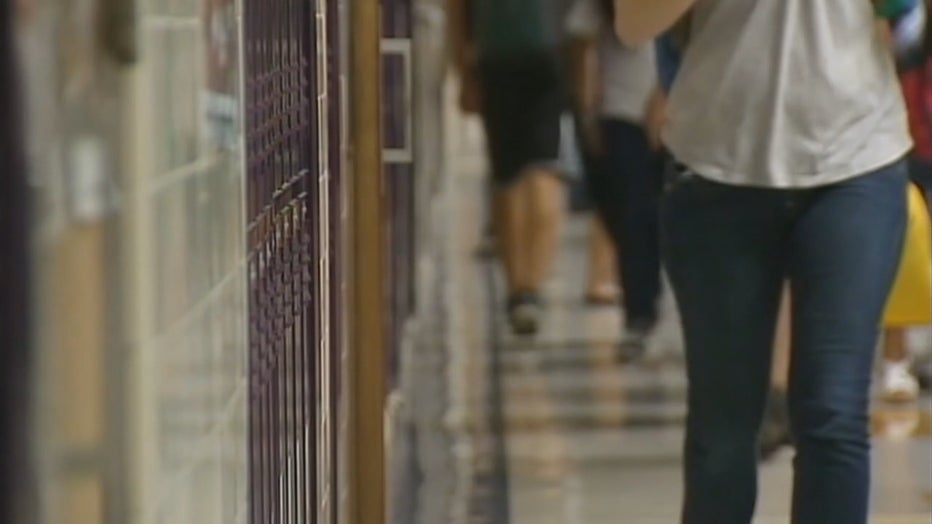 Less than a month into the school year, new numbers released by the state on Friday show Texas school districts are already seeing a record number of COVID-19 cases in the classroom.

Multiple North Texas districts have some of the highest student case totals in the state, including Garland, Frisco and Fort Worth.

According to Fort Worth ISD, 5,000 students and teachers are in quarantine. Just this week, almost 500 students tested positive.

Friday, a district judge in Tarrant County ruled FWISD cannot require masks, writing the mandate was "made without authority and is in contrary to and in violation of Gov. Greg Abbott’s executive order" banning mask mandates.

This comes after a small group of parents filed a lawsuit against the district claiming it doesn’t have the power to enforce mask-wearing.

Fort Worth ISD already filed an appeal on Friday’s decision.

"Our situation has not been ideal," she said. "We have made the best with the circumstances that were handed to our children."

While waiting on the battle in court, Jackson says she’s using her after-school organization, SPARC, to target zip codes with the lowest vaccination rates.  One of them is Eastern Hills High in east Fort Worth.

"I feel like I have the opportunity to keep my hands untied by continuing to work for my kids," she said.

The district argues while their appeal process is pending, Friday’s decision to block mask mandates should not stand. However, when asked what exactly this means, the district says they are relying on the advice of their attorneys and will let the community known when and if there are changes in their mask policy.

Meanwhile, the Texas Education Agency this week is making it clear community spread is rampant and learning loss is catastrophic.

The TEA is not enforcing the governor's ban on mask mandates because of the ongoing lawsuits.