Congregation Beth Israel is getting ready to welcome members back nearly three months after a terrorist attack.

COLLEYVILLE, Texas - Congregation Beth Israel is getting ready to welcome members back nearly three months after a terrorist attack.

The hostages managed to escape as FBI agents stormed in and killed Akram.

Over the last few months, the congregation has been able to gather in other nearby churches. But congregation leaders say they’re very excited to welcome families back home this weekend.

With the events of Jan. 15 now behind them, Congregation Beth Israel is focused on moving forward.

"This is really the big piece now that we’ve moved past the event that happened," said Board of Trustees President Michael Finfer. "And now we’re talking about where’s our congregation going to go forward from here." 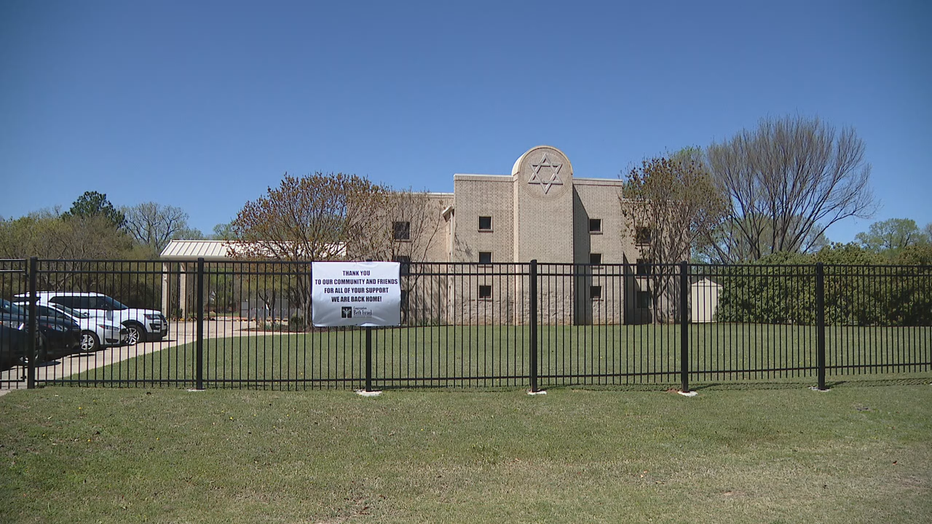 There are new repairs to stained glass windows and the tree of life. They were all damaged when the standoff ended with FBI agents storming the synagogue, using a stun grenade and shooting the hostage taker with no injuries to anyone else.

"The bullets exploded that glass with big holes and big damaged. That’s all been replaced now, and the damage is repaired," Finfer said.

The halls and rooms are now decorated with messages of love and support from the North Texas community and worldwide with notes from as far away as Japan.

"It’s so important that this kind of love without any sort of ask," Finfer said. "We didn’t ask anybody to do this."

Three of the men taken hostage during that hours-long standoff — Rabbi Charlie Cytron-Walker, Jeffrey Cohen and Lawrence Schwartz — all returned to the synagogue on Thursday with excitement in getting ready to welcome everyone back.

"I am so excited to be coming back and to be coming in here," Cohen said. "And with everything that’s going on, so very much looking forward. And that’s part of that processing."

With a welcoming message of inclusion for all.

Around 200 people are expected for services Friday and Saturday. There will also be a rededication of the building on Friday.