Carroll ISD in Southlake is looking to make a change after a teacher recorded an administrator using the Holocaust as an example of providing "both sides" for students. The district wants to make sure teachers don't record in secret anymore.

SOUTHLAKE, Texas - Carroll ISD in Southlake is looking to make a change after a teacher recorded an administrator using the Holocaust as an example of providing "both sides" for students.

The district wants to make sure teachers don't record in secret anymore.

The school board first discussed this policy last month during a board meeting. They’re taking up the item and are primed to take action Monday.

Essentially what the new rule calls for is making sure no employee "secretly" records any conversation or meeting pertaining to district business without notifying everyone taking part in the conversation that a recording is being made.

The person recording must make sure the recording device is in plain view throughout the entire conversation. 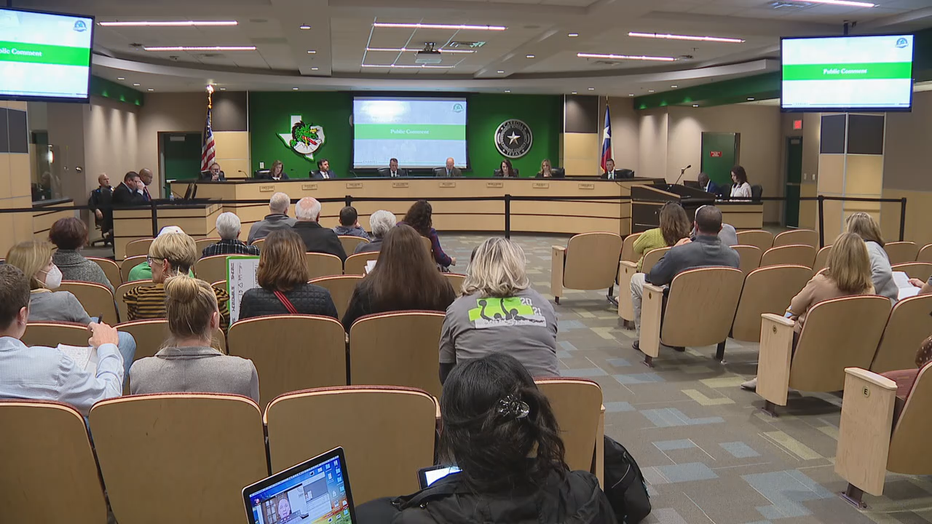 It’s in response to a comment made by an administrator in October, which was secretly recorded by a staff member

The administrator was attempting to explain during a staff meeting about a new law that requires Texas teachers to present different perspectives when discussing controversial issues. But she used the Holocaust as an example, saying if someone has a book about it, they need another book with an "opposing" view.

Ahead of the board’s discussion, Carroll ISD mom Laura Durant spoke out against the law.

"The purpose is to remove books that might cause discomfort for some students. I wasn’t aware that all topics were supposed to be comfortable," she said. "I doubt Black people were comfortable being sold as property. I doubt the Holocaust was comfortable for the millions of Jewish people sent to concentration camps."

Carroll ISD has faced close scrutiny over the last few years, starting in 2018 with students using the n-word in a video, a failed attempt at a cultural competency plan and recently federal investigations into racial and gender complaints.

Steven Poole with the United Educators Association says he believes the district is sensitive to all of that negative publicity and says the move to ban secret recordings is for PR.

"It is a terrible situation in Southlake Carroll," he said. "They are rightfully upset by everything that’s going on, and they feel that they are under attack and what the school district is trying to do by prohibiting any recordings is just trying to stifle any more bad news coming out of the district."

Poole says without that secret recording, we may have never heard the administrator’s Holocaust comment, which he calls nonsense. His advice for the board is to work on building back trust amongst its teachers.