A 36-year-old Burleson man is now in FBI custody for alleged crimes related to the Capitol riots.

DALLAS - A Burleson man is now in FBI custody for his role in the Capitol riot earlier this month.

According to a criminal complaint, photos posted on Twitter show DeCarlo and a Hawaii man identified as Nicholas Ochs smoking inside the Capitol building. 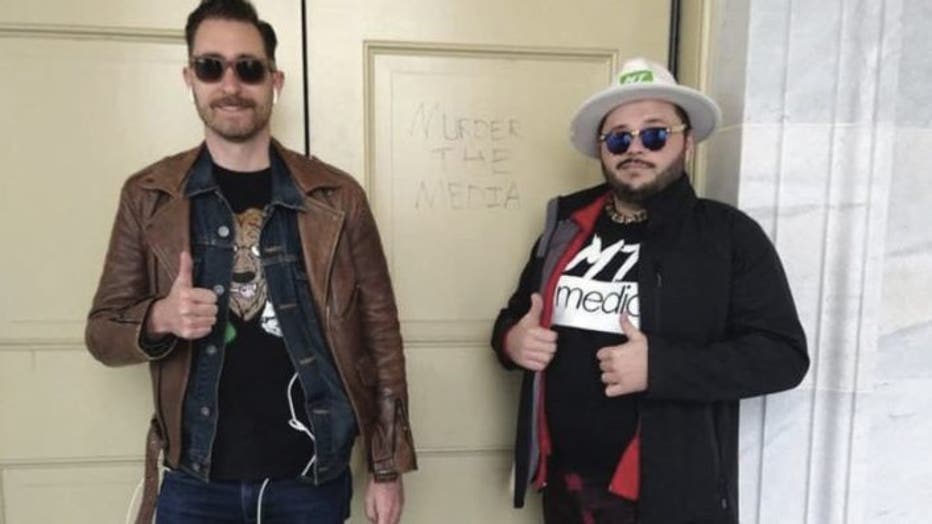 "I think it's pretty darn good you can corner someone into not being able to deny they were the sender of the author," said Gil Torrez, a former FBI special agent who is not associated with this case.

One key piece of evidence is the video Investigators found that was streamed live on YouTube following the riot. It appears to show DeCarlo and Ochs talking about their efforts to "stop the steal."

"Viewers, we have some good news. We have just peeked through this window. And on the television, the headline reads that Congress stopped the vote when we stormed the Capitol. And as we’ve been saying all day, we came here to stop the steal," Ochs says in the video.

"We did it!" DeCarlo interjects.

The criminal complaint states DeCarlo agreed to an interview with the L.A. Times a few days after the riot. He admitted being inside the Capitol building, but he claimed he and Ochs were working as journalists.

Federal investigators determined the news organization DeCarlo claimed to work for is MT Media News, "which stands for Murder the Media News," the court document states.

DeCarlo is now facing multiple charges including obstructing an official proceeding, knowingly entering a restricted building or grounds and parading or demonstrating on the Capitol grounds.

DeCarlo was arrested at his home in Burleson. He made his initial appearance Tuesday in federal court.

He is now the seventh North Texan charged in connection with the riot.

"I think the protestors themselves, what they were publishing videotaping plethora of information they can go through," Torrez said. "There’s a lot of work, a lot of elbow grease in these investigations."

RELATED: 6 North Texans have been arrested for Capitol riot, and FBI says more could be coming