The Richardson man accused of rioting inside the U.S. Capitol and threatening elected officials is ordered detained pending trial.

The man’s father and brother testified on his behalf at his detention hearing, but it wasn’t enough to persuade the judge that he isn’t a danger to others or a flight risk.

It all went down in federal court Monday so there were no cameras allowed.

Garret Miller, 34, faces multiple charges. Two of them are federal felonies for his participation in the Capitol riot.

The government’s only witness was an FBI agent out who read numerous social media posts and detailed pictures Miller posted from outside and inside the capitol building.

In the posts following the riots, Miller says of the experience, "it was beautiful," and he threatened to "assassinate AOC," referring to New York State Rep Alexandria Ocasio-Cortes.

Miller even bragged and made sure others didn’t get credit saying, "yeah, we charged, it wasn’t Antifa."

The agent testified Miller was fixated on the death of Ashli Babbitt, the woman shot and killed inside by a Capitol police officer.

According to testimony, Miller believes the still unidentified officer to be black and talked about hunting him down, saying "We are going to get ahold of him and hug his neck with a nice rope."

The agent also testified about the Jan. 20th raid at Miller’s Richardson home caught on a neighbor’s home surveillance camera. Agents found an AR-style rifle, handguns, lots of ammo and a crossbow and arrows. 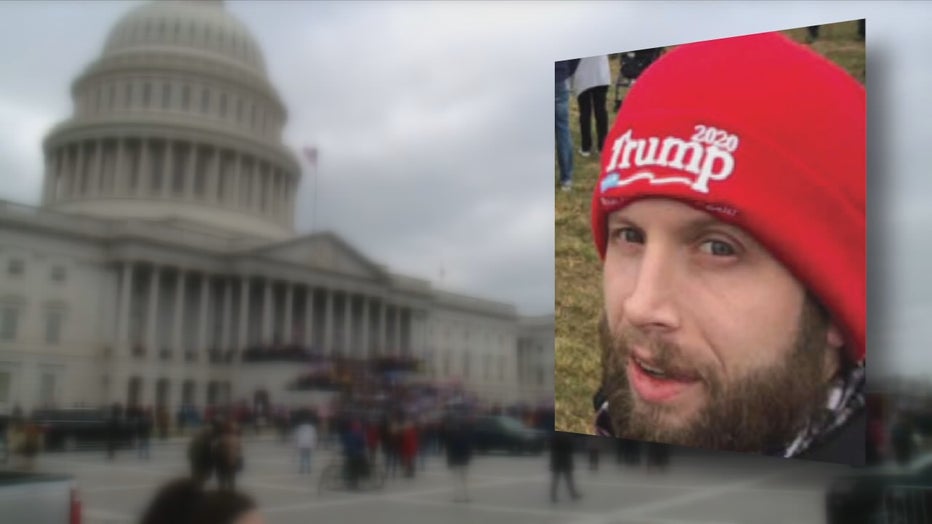 When it was time for Miller’s defense, his lawyer began reading a prepared statement in which Miller said he was following the orders of former President Donald Trump and apologized to AOC and Capitol police, saying he takes responsibility for his actions. His lawyer pointing out there’s no evidence Miller was violent or armed at the Capitol.

Miller’s brother and father then testified on his behalf. His brother said Miller had become increasingly radicalized after he lost his factory job and was very upset when Trump lost the election, buying into Trump’s claims it was stolen.

His brother says he was "surprised" to hear Miller’s online comments, saying "there’s not a racist bone in my brother's body," pointing out one of Miller’s roommates is Black and said Miller had moved on after the election.

Miller’s father, a Navy veteran, also took the stand. He called his son’s behavior "repulsive" but said he and his wife were offering to be custodians, ensuring Miller shows up for court should the judge decide he can be released.

But in the end, it wasn’t enough.

The judge determined Miller is a danger, saying even if she prohibited from having a firearm, he’s threatening to hang officers with rope. She also found him to be a flight risk because he has a van that he was using for trips to rallies.

The judge said, frankly, if Miller’s family couldn’t stop him from spiraling out of control, how are they going to stop him if he decides to take off this time.