The leading Democratic candidate for governor is taking aim at Gov. Greg Abbott over the handling of last year’s winter storm.

DALLAS - The leading Democratic candidate for governor is taking aim at Gov. Greg Abbott over the handling of last year’s winter storm.

"It wasn’t an act of God. It wasn’t Mother Nature. It wasn’t the weather. It was the people in power who couldn’t keep the power on for the people of Texas and until we make a change in terms of who’s serving in the highest officer in this state, we’re going to continue to see outcomes like this. People lose their lives, lose their homes from property damage," said Beto O’Rourke, a Democratic gubernatorial candidate.

O’Rourke, a former congressman from El Paso and a failed U.S. Senate and presidential candidate, is crossing the state hoping to jumpstart his campaign for governor.

He was in Denton and Dallas over the weekend for his "Keep the Lights On" tour. He blamed Abbott for the failure of the Texas power grid last year. While both Abbott and O'Rourke have to win March primaries, they are expected to faceoff against each other in the fall.

On Good Day FOX 4, O'Rourke said he continues to hear from Texans who suffered through last year's snow storm in the dark.

Early voting begins in a week for the Democratic and Republican Party primaries. Good Day talked to the leading Democrat in the race for governor -- former Congressman Beto O'Rourke. Gov. Greg Abbott has also been invited to discuss his campaign on Good Day in the future.

"Listen to folks across North Texas about what they experienced last year during the electricity grid failure and the fact that they're now paying $20 to $50 more per utility bill to clean up the mess that Greg Abbott and others caused. We know that we should be able to keep the lights on here in Texas," he said.

Abbott was in Lubbock over the weekend for his "Celebration of Texas" tour. He points to 14 laws that were passed since last year making improvements to the state's power grid, including winterizing much of it. The governor said the lights stayed on except for scattered outages during last week’s storm because he and other state leaders shored up the grid.

At a Monday afternoon event at Dallas' Paul Quinn College, O'Rourke continued his focus on Abbott.

"Making sure that we're not only creating jobs but better jobs so that folks can work just one job," he said.

The event centered around the economy, engaging the African American community, getting out the vote and the power grid.

"Because of his failure of leadership and his failure to fix the grid going forward we are now all paying higher utility bills," O’Rourke said.

Abbott was quick to push back while speaking Monday at the construction site of a new cheese packaging plant in Abilene.

When it comes to the economy, Abbott says Texas is thriving.

He says the average hourly wage in the state is $15 an hour -- well above the national minimum wage.

"There's actually a higher demand for jobs than there are employees to fill those jobs and that will continue to increase wages in Texas," Abbott said.

The governor leads in Republican primary polls but faces two primary challengers. He was invited to discuss his campaign on Good Day in the future. 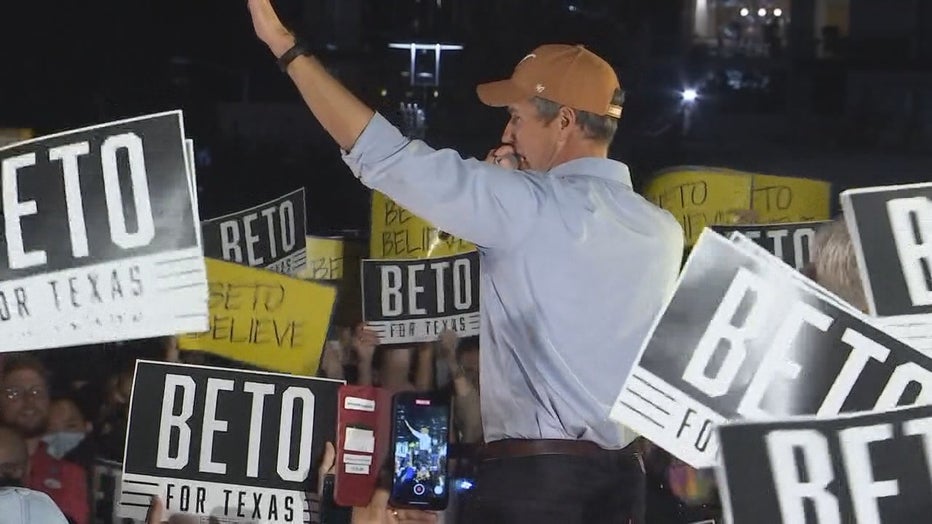 "I think that the potency of last year's power grid failures as an issue come fall 2022 are going to have waned significantly," Wilson said.

Then there's the issue of electability.

"I don't expect Governor Abbott to struggle very much in getting reelected this fall," Wilson said.