Students and staff at Lakehill Prep in Dallas are mourning a beloved theater teacher who died in a tragic accident Tuesday afternoon.

DALLAS - Students and staff at Lakehill Prep in Dallas are mourning a beloved theater teacher who died in a tragic accident Tuesday afternoon.

Dallas police say 43-year-old Mark Guerra was killed when another driver veered into his lane on Ferguson Road, hitting his car and causing him to crash into a light pole.

The accident happened not too far down the road from the school where Guerra taught.

In just seven years of teaching at Lakehill Prep, Mark Guerra — known as ‘Mr. G’ around school — made a lasting impact on hundreds of students and staff, including siblings Sabina and Asher Chamoy, who both had Mr. G in class. 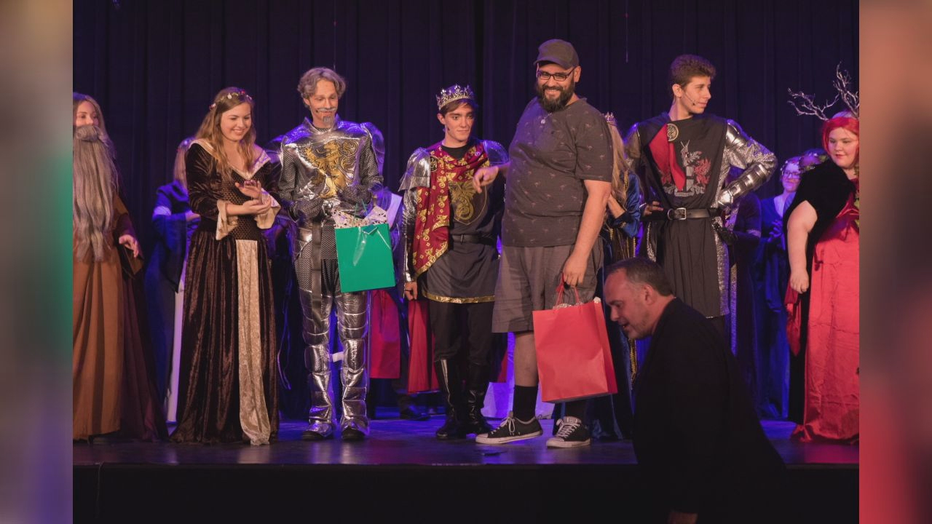 "It's so much more of a loss than just like a teacher," Asher said. "It's a friend. It's a mentor. It's a counselor. It's a lovely person just to be with, and that's really what it is."

"That's what made theater so happy, and that's what made everyone want to do theater," Sabina said. "Because of Mr. G and because he was always so happy."

Fellow faculty members said Guerra could convince the unlikeliest of students to sing and dance on stage and pull together several memorable school productions.

"Mr. G Always wanted to be a superstar," said teacher Tracy Herron. "But I don't think he realized that he already was to all of us."

Dallas police say Guerra was driving in the left lane of Ferguson Road near North Buckner Boulevard when a 77-year-old woman driving the same direction in the middle lane clipped the right side of Guerra’s car, causing it to lose control and crash into the base of a light pole.

Police have not said what caused the other driver to drift out of her lane, and no charges have been filed.

"It's devastating, but the community at Lake Hill is so strong and supportive and reaching out for what we need as faculty and what the kids need," Herron said.

Colleagues and students tell FOX 4 Guerra was in the midst of putting together another musical titled "Good News," which had a special place in his heart.

Despite the tragedy, students have decided to push forward and fulfill one of Guerra’s lifelong goals: to direct the first musical he was ever in.

"His words were always like, ‘What we do this is for the kids.’ And he's always said, ‘The show must go on,’" Herron said. "In honor of him and to let the kids complete what he started with them, so the show must go on. And I know those would be his words."

And that performance is just weeks away. It will take place the weekend of Nov. 12.