Some Aledo ISD families are hoping to bring their community together this weekend to build unity. Last year, two students were targeted after receiving slave auction social media messages.

ALEDO, Texas - Some Aledo ISD families are hoping to bring their community together this week to build unity just a year after two students were targeted after receiving slave auction social media messages.

One year after her son and another Aledo ISD student were targets of a racist "slave auction" social media post, Mioshi Johnson continues working toward positive change in their community.

"I really feel like it was a learning tool," she said.

Johnson said a personal rally for unity is paying off, namely support for a planned event of an inclusive, family friendly day of fun and activities taking place on Sunday.

"We were overwhelmed, needless to say, by our community reaching out to us, other moms, the schools, and even local businesses that were like, ‘We want to get behind whatever you all want to do to bring unity to our community,’" Johnson said.

In April of last year, Johnson and Tamara Lawrence, whose son was also targeted by the social media messages, spoke out with disappointment over the district’s handling of the matter.

RELATED: Parents of Aledo ISD boys in 'slave auction' Snapchat speak out at school board meeting

School administrators eventually revealed the students responsible for the post, which included racial slurs, had been disciplined.

Christopher said the online racism incident directed toward them, which attracted national attention, has been a learning experience and there’s also been healing.

He pointed to a social media post with fellow students extending toward him their support and encouragement.

"I was hoping that not to just move on from it and forget about it, but more of a learn from it and grow from it," he said. 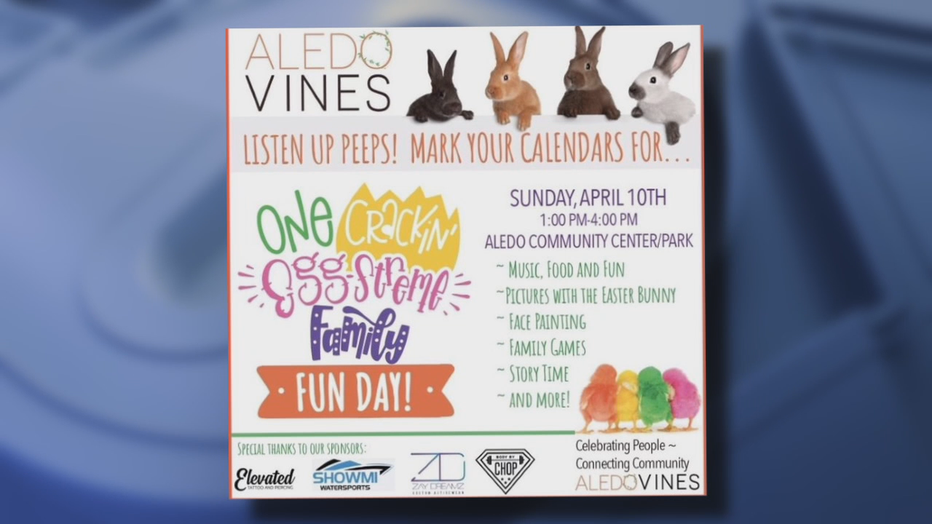 That family fun day gets underway Sunday from 1-4 p.m. at the Aledo Community Center Park.