DALLAS - Dallas ISD is about to grow by hundreds of students this week. All of them are evacuees from Hurricane Laura. They spent Tuesday enrolling in school at the hotels where they're living.

Laptops were unloaded. Plastic dividers served as shields between parents and staff.

That was how Dallas ISD and the city mobilized to give the more than 600 children displaced by Hurricane Laura, and now living in Dallas, an opportunity to sign up for school. 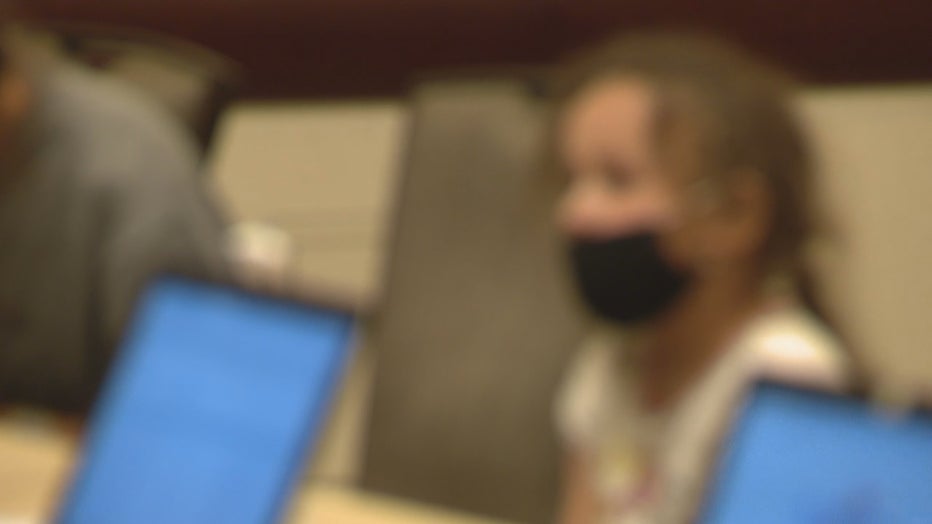 “It’s really eye-opening,” said Dallas ISD Trustee Miguel Solis. “And I think it’s something that we missed given all the other news that we are dealing with.”

Roughly 2,600 Laura evacuees remain in Dallas, according to the city. Many are still staying in hotel rooms provided by the city.

The hundreds of school-age children who used to attend school somewhere else can start school virtually in Dallas Thursday. Their parents can choose for them to eventually go to school in-person at either Medrano or Zaragoza elementary schools, Spence Middle School or North Dallas High School.

“When you don’t know if you have a house to go back to in a place that you’re not familiar with, so any type of normalcy that we can provide for these kids we’re committed to,” Solis said.

Families signing up for school Tuesday declined being interviewed.

But Solis says giving students a laptop and uniform, connecting them to hotel Wi-Fi and later providing them transportation on a bus to school is the least the district can do.

“Working with the city to make sure that kids get a good education while they’re away from home,” he said.

Dallas has done this before many times over after Hurricane Katrina and Harvey.