More than 560 Afghan refugees have been resettled in Texas following the withdrawal of all U.S. troops from Afghanistan.

DALLAS - More than 560 Afghan refugees have been resettled in Texas following the withdrawal of all U.S. troops from Afghanistan.

Refugee Services of Texas says more than 4,000 more are expected in the coming months. It’s an experience one North Texas family knows firsthand after emigrating to America from Afghanistan in 2015.

Abdullah emigrated from Afghanistan and worries for his family still there every day. He asked we not use his last name for his family’s safety.

At just 16 years old, Abdullah worked as a translator and interpreter for the U.S. Army for nearly a decade.

"Every day when you go to work and you’re just afraid of suicide bombing and stuff like that, it’s so scary and my family was afraid of me going to work and coming back from work," he said.

He says it took him five years to go through the long process to get a Special Immigration Visa to move his wife and kids to America. But many of his other loved ones are still in Afghanistan. 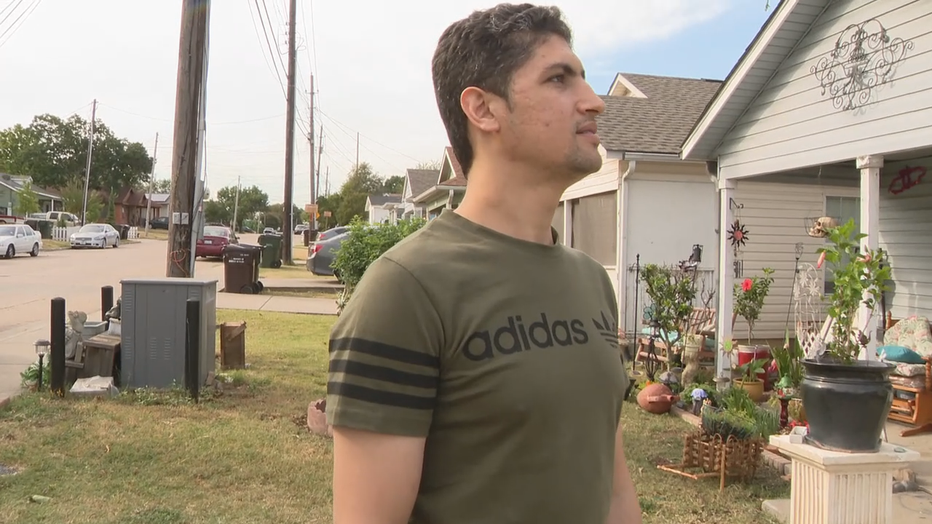 566 Afghan evacuees have been resettled in Texas, according to Refugee Services of Texas.

"We saw a really big jump in SIV travel in August, and then that number fell more to single digits in September due to the transition in Afghanistan. Refugee arrivals are expected to be higher than usual," said Ashley Faye, Development Director, Refugee Services of Texas.

Those numbers continue to go up every week.

"Over the last week, we had a family of 13 come in," Faye said. "And it was just like, OK, now we need to find temporary housing, emergency housing, whether it's temporary or it's an actual an apartment where they can stay."

Meanwhile, families like Abdullah’s are watching the situation continue to unfold, praying they can also get their families out.

"For the last 20 years we thought maybe the situation will be better soon, that’s why I worked with the U.S. Army, that’s why I served those 9 years, very difficult time, hope for a situation better at least for my kids. All this happened so quickly, and fast, we didn’t even think about this situation even in our dreams," he said.

Refugee Services of Texas is taking donations to help Afghan families resettle in Texas. They say anything from gift cards to toiletries can be sent to their various offices throughout the state.

FOR MORE INFORMATION ON HOW YOU CAN DONATE: https://www.rstx.org/make-an-impact/other-ways-to-give.html

LOCATIONS TO DROP OFF OR SEND DONATIONS: https://www.rstx.org/locations/