Some Afghan refugees will be resettled in North Texas

Afghan refugees will be placed in Dallas, Fort Worth, Houston and Austin.

DALLAS - Tens of thousands of Afghan refugees are headed to the U.S. after Afghanistan fell to the Taliban. Some of the refugees will eventually end up in North Texas.

Those who helped as interpreters or identified the enemy to the U.S. and her allies will receive what’s called special immigrant visas.

Afghan refugees will be placed in Dallas, Fort Worth, Houston and Austin.

Taliban seizes Afghanistan: What happened and what could come next

An anticipated 35,000 Afghans could be resettled in the U.S. as they desperately flee Taliban control.

"We expect across Texas to receive over 300 individuals in the next several weeks," said Refugee Services of Texas Area Director Mark Hagar. 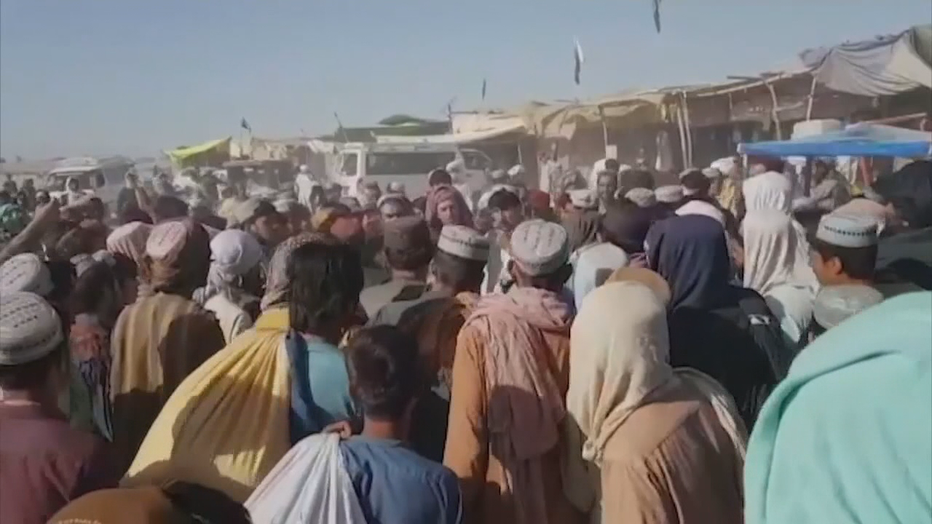 El Paso's Fort Bliss will provide temporary housing for the Afghans who have applied for a special immigrant visa, or SIV, for those who've in some way helped the military effort the past 20 years.

"The term SIV gets tossed around a lot," Hagar said. "But essentially, they are veterans because they did support our coalition forces."

"Our plan is to safely evacuate the people who worked with the United States who are eligible for special immigrant visas, which is a generous program set up on a bipartisan basis by our Congress," Sullivan said. "We have identified those individuals and families. We are making provisions to have them come to the airport and get on an evacuation plan out of the country."

Housing is a major issue.

"You're looking at a saturated housing market, high prices both for rentals and buying homes," Hagar said. "And so then you kind of look at that on our level of reserving homes for newcomers, and it’s just even more of a challenge."

Hagar says the focus is trying to remove the obstacles for those who will be resettled through what must be an immediate humanitarian response to meet the needs of people looking for help and hope coming to America.

"We're getting cases announced basically every day right now. It’s been a quick turnaround," he said. "Sometimes 24 to 48 hours, which is much quicker than normal notification. And that’s due to the urgency. They're treating all of these cases as the highest level of urgency."

Some will stay in Texas, but others will be able to go to any state or city where they have maybe a family member or a friend.