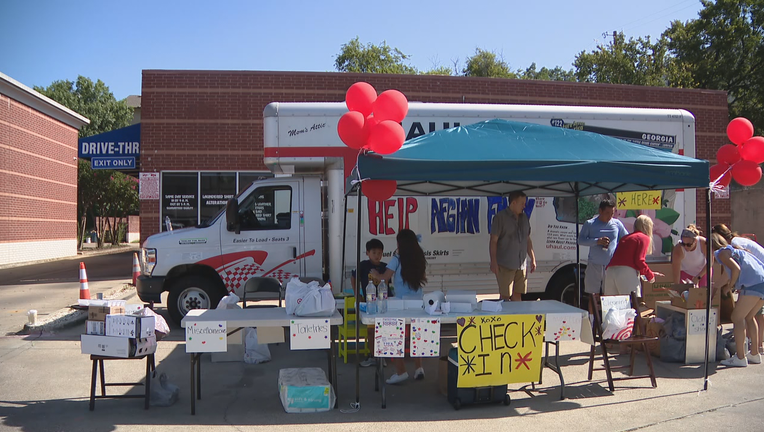 DALLAS - The Dallas community is working to welcome an Afghan family that's fleeing to North Texas.

Donations were accepted Sunday, and are going toward filling up a three-bedroom apartment for a family of seven that could arrive as early as Monday.

The family consists of a U.S. Army interpreter and his wife, along with their five children whose ages range from 3-13.

Catholic Charities found the apartment for them, and now various Dallas families are working to make the space a home.

"We want them to have all those physical things, but it’s also about letting them know that they're welcome. Letting them know that we haven't just made a physical place for them here in Dallas, but we've made room for them in our hearts and they're truly a part of our community," co-organizer Chris Greer said.

This is just one of many Afghan families who are trying to flee the country after the Taliban takeover.

The British military reported seven people have died trying to enter Kabul’s airport in an attempt to flee.