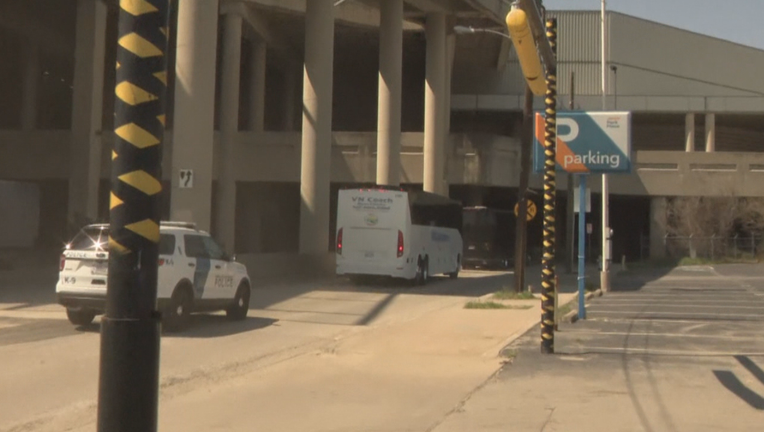 DALLAS - Four unaccompanied migrant teens who were being housed at the Kay Bailey Hutchison Convention Center after crossing the U.S./Mexico border have been found after leaving the convention center without permission.

A spokesperson for the U.S. Department of Health and Human Services’ Administration for Children and Families confirmed the teens were found safe after being gone for "a few hours," and will now be transferred to another facility.

The spokesperson added that unaccompanied children leaving sites like these without permission is a "rare occasion."

No further details were released about how they were able to leave.

The emergency migrant intake site at the Kay Bailey Hutchison Convention Center in Downtown Dallas is nearing capacity, as more than 2,000 teenage boys are being processed after crossing the border from Mexico.