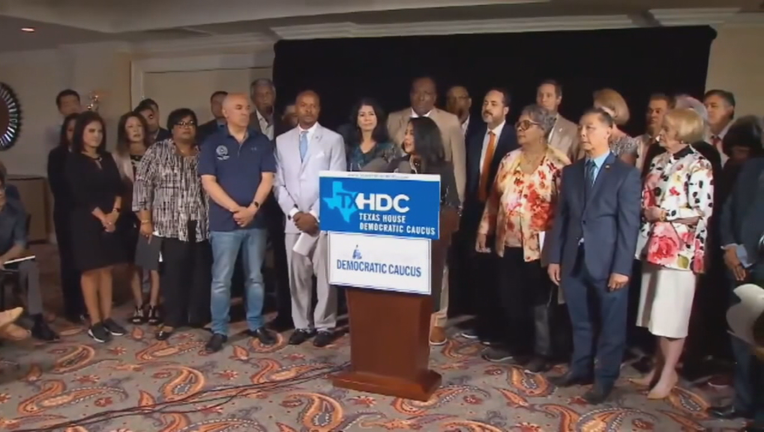 Three fully vaccinated members of the Texas House Democratic Caucus who are in Washington D.C. have tested positive for COVID-19.

The White House released a statement that Vice President Kamala Harris was at a meeting Tuesday with two of the members who tested positive for the coronavirus.

Harris and her staff are fully vaccinated, and will not be tested or quarantined because it was determined they "were not at risk of exposure because they were not in close contact with those who tested positive" based on the timeline of the positive tests.

Many Texas Democratic lawmakers flew to Washington D.C. earlier this week to stave off GOP voting bills during the special legislative session.

"The House Democratic Caucus is following all CDC guidance and protocols. This is a sober reminder that COVID is still with us, and though vaccinations offer tremendous protection, we still must take necessary precautions. We are in touch with public health experts in Texas to provide additional guidance. Our caucus will follow all recommendations from public health experts as we continue our work."

Texas House Speaker Dade Phelan tweeted out that he's sending prayers for those lawmakers who tested positive for COVID-19.