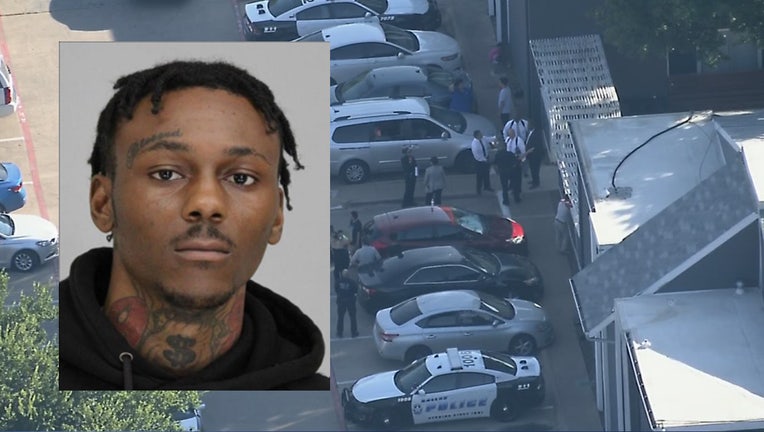 DALLAS - Dallas police are working to find a second suspect wanted for a double murder at an apartment where two children were also found unhurt.

The bodies of 24-year-old Jimena Sandoval and 27-year-old David Stewart were found in a Northeast Dallas apartment back on June 29.

Investigators also found two young children unharmed, who had likely been with the bodies for days.

He is wanted for capital murder and should be considered armed and dangerous.

Last month, 19-year-old Quincy Edwards was arrested in connection with this double murder. He was charged with capital murder of multiple persons.

Anyone with information about Johnson’s whereabouts is asked to call Det. Yahir Perez at (469) 849-3757 or email yahir.perez@dallascityhall.com, or Det. Edgar Morales, with the U.S. Marshals North Texas Fugitive Task Force, at (214) 681-0664 or email edgar.morales@dallascityhall.com.