Firefighters injured in apartment explosion back on the job

Two of the three firefighters critically injured in an apartment gas explosion in Southeast Oak Cliff returned to work on Tuesday. They managed to make the return two days before the one-year anniversary of the explosion.

DALLAS - Two of the three firefighters critically injured in an apartment gas explosion in Southeast Oak Cliff returned to work on Tuesday.

They managed to make the return two days before the one-year anniversary of the explosion.

One year ago on Thursday, Cpt. Christopher Gadomski, Ron Hall and Pauline Perez were investigating a gas leak at Highland Hills Apartments in Southeast Oak Cliff.

Hall was a driver engineer for Dallas Fire-Rescue. He says he was about to evacuate when he saw fellow firefighter Perez enter the unit where the leak was detected. 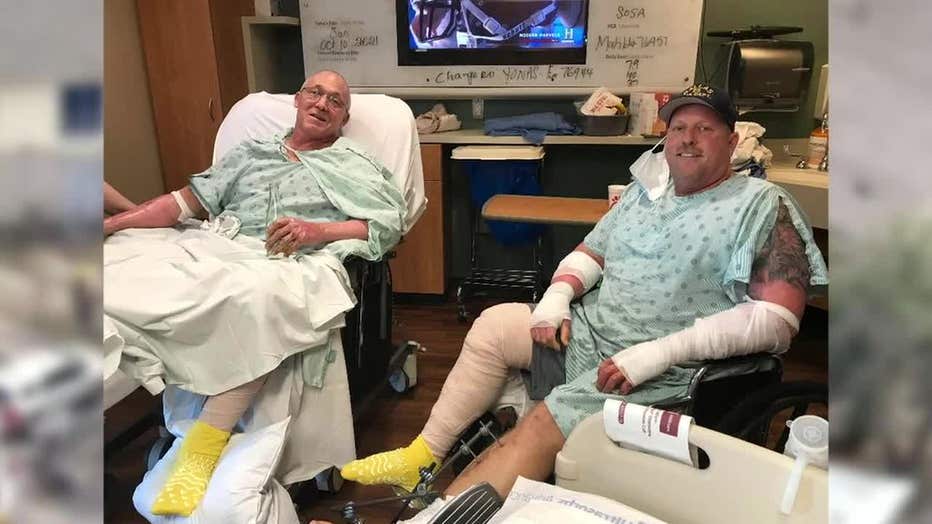 "I was like I’ve got to get her out of that apartment. As soon as I stepped in, it blew," Hall recalled.

Court records describe the gun violence that led to a destructive gas explosion at a Dallas apartment building.

Dallas police charged Phillip Dankins with firing a gun into that apartment hours before the explosion on Sept. 29, 2021. Police reports say a bullet hit a stove and cut a gas line.

Hall says initially he did not feel the pain from the blast.

"I’ve been a paramedic for 20 years. I thought this is pretty bad. I don't feel it. I'm going to be the guy you read about in the paper," he said. "When I heard Captain Gadomski, he was trapped. I said, ‘Hold on captain. I'm coming!’ But once I pushed debris off, then I felt the pain. I realized my leg was broken. I had to bail out on the cap. I said, ‘Cap, I'm not coming.’"

Captain Gadomski managed to make it out alive as did Perez, who is still recovering.

"My legs were both pretty much blown apart," the captain said. "Doctors and nurses and Parkland did a great job for all of us."

Gadomski had burns to 30 percent of his body and went into cardiac arrest.

With their own bodies now healed, Hall and Gadomksi are back to work to save others' lives. 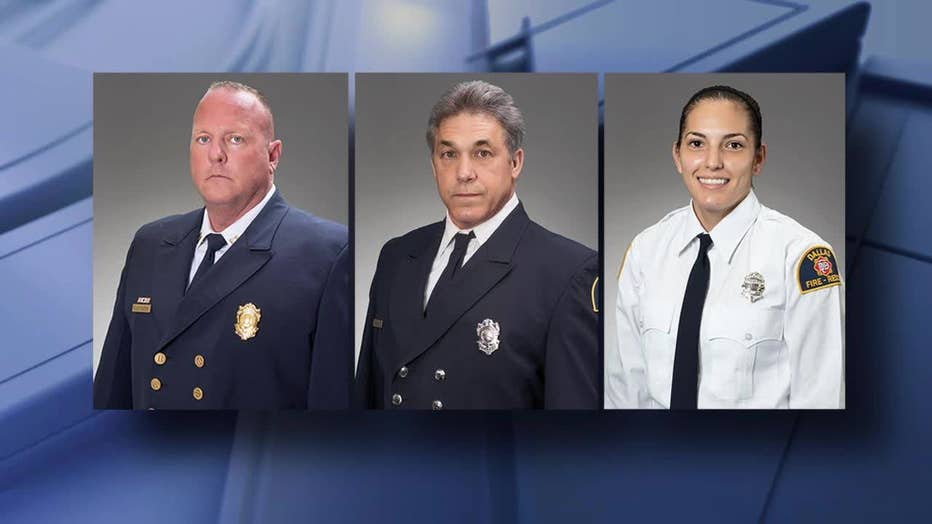 The suspect in the shooting that led to the gas leak is still in the Dallas County jail.

Perez told FOX 4 in a text: "My hopes are to return full duty, but I can't rush the recovery process. Third-degree burns to your hands are no easy recovery, but I'm making the most of my second chance at life. "