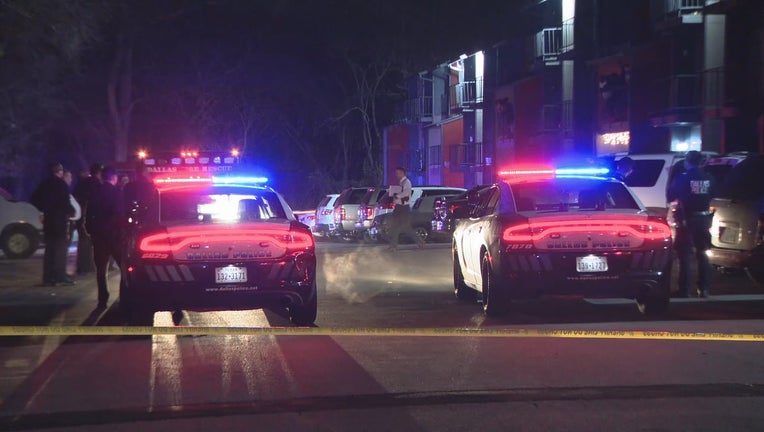 DALLAS - Two men are dead and a third man is in the hospital after a shooting outside a Dallas apartment complex.

It happened around 8 p.m. Monday near Kiest Boulevard and Conway Street in the Red Bird area of Dallas.

Police believe there was some sort of altercation and the men opened fire on each other.

They are still working to determine a motive for the shooting.