Police have made arrests for the robbery and murder of a former University of Oklahoma football player killed in Downtown Dallas. One of the suspects is someone Du’Vonta Lampkin considered a friend.

DALLAS - Police have arrested two of the three men accused of the robbery and murder of a former University of Oklahoma football player killed in Downtown Dallas. One of the suspects is someone Du’Vonta Lampkin considered a friend, police records show.

Police investigating the murder of a former University of Oklahoma football player in a Dallas apartment have two new pieces of evidence to go on as they search for his killer.

In May, he was shot in the short-term rental on South Ervay Street where he was staying as his apartment was being prepared. 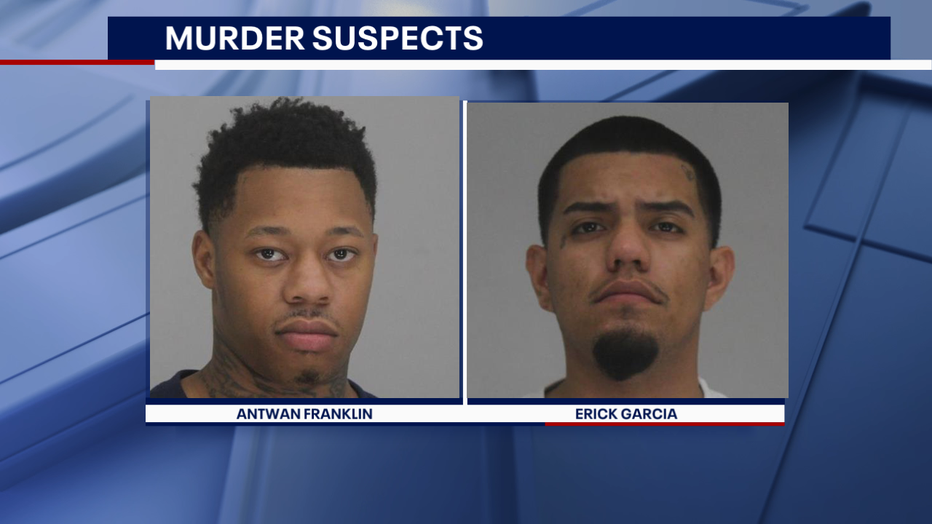 Antwan Franklin, 22, and Erick Garcia, 24, are both charged for Lampkin’s murder.

According to an arrest warrant affidavit, Franklin knew his friend, Lampkin, had money and set up a robbery.

Court documents state that Franklin was had been hanging out with Lampkin in the very early morning hours of May 5.

Here's how the arrest warrant described the messages: "Suspect Franklin told Suspect Garcia that…  he needed Suspect Garcia to ‘rob us’ because Complainant Lampkin has a lot of money on him and in his Air BNB room."

The court documents state that Franklin also told Garcia to recruit another person to assist with the robbery.

Surveillance video from the fifth floor of the building shows two men walking up and down the hallway.

One of them was wearing a hoodie and his face was obscured.

Investigators said Garcia and the unknown suspect hid in a stairway and waited until Lampkin got to his Airbnb.

The court documents described the men running up behind Lampkin.

Minutes later, video that has not been released reportedly showed Garcia running back towards the stairway with Lampkins’ bag "which was known to be full of money."

Police said Lampkin was found on the floor with a gunshot to his chest. 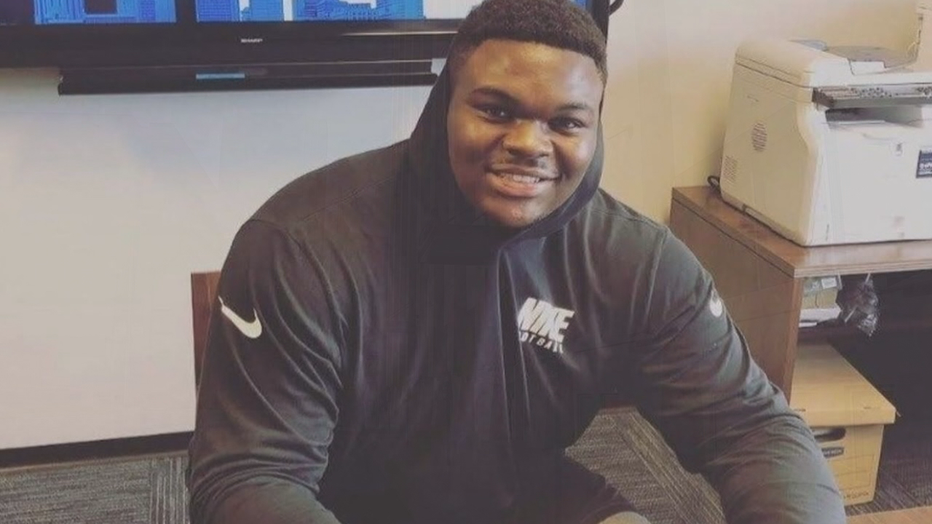 Family members said the 25-year-old former football player was in the process of moving back to Texas and was set to move into his new Dallas apartment the day after his murder.

"Excited about Dallas. He wanted to get into real estate," recalled his cousin, Kerry Lampin. "He was excited about real estate, and I think would’ve successful because anything he puts his mind to, he will conquer it."