Police are investigating the murder of former University of Oklahoma Sooner Du'Vonta Lampkin in Downtown Dallas.

DALLAS - A former University of Oklahoma football player was found murdered in an apartment in Downtown Dallas.

Police said 25-year-old Du'Vonta Lampkin was shot to death in an apartment on south Ervay Street Thursday night. He was found when friends went to check on him.

OU shared kind words and condolences for his family on social media.

"We have come to a point now where life isn’t even important to people anymore," family friend Ron McGaughy said. "People forget he’s a brother, friend, cousin, son, somebody that people care for."

Lampkin was in the process of making a life move when Dallas police say he was murdered inside an Airbnb he was staying in off Ervay Street.

"It’s sad because these kids are so young and they just started figuring life out," he said.

The majority of Lampkin’s life was devoted to football.

That’s where former teammate Casey Rossellini said the two met and instantly became friends on and off the field.

"He was a great football player, but his relationships with the people around him, that was more important to him. That’s what I admired about him," Rossellini said.

The two played together in high school at Cypress Falls in Houston.

Lampkin went on to play defensive tackle at the University of Oklahoma for three years and then signed with the Tennessee Titans for a short period.

"I don’t know why it happened or how it happened, but it shocked everyone I know," Rossellini said.

According to Dallas police, Lampkin stopped answering his phone just after 10 p.m. Thursday, so that’s when two friends went to check on him.

The 25-year-old was found lying on his back with a single gunshot wound inside the Airbnb police said his friends had rented for him.

Lampkin was pronounced dead at the scene.

His backpack, cell phone, and wallet were all missing. 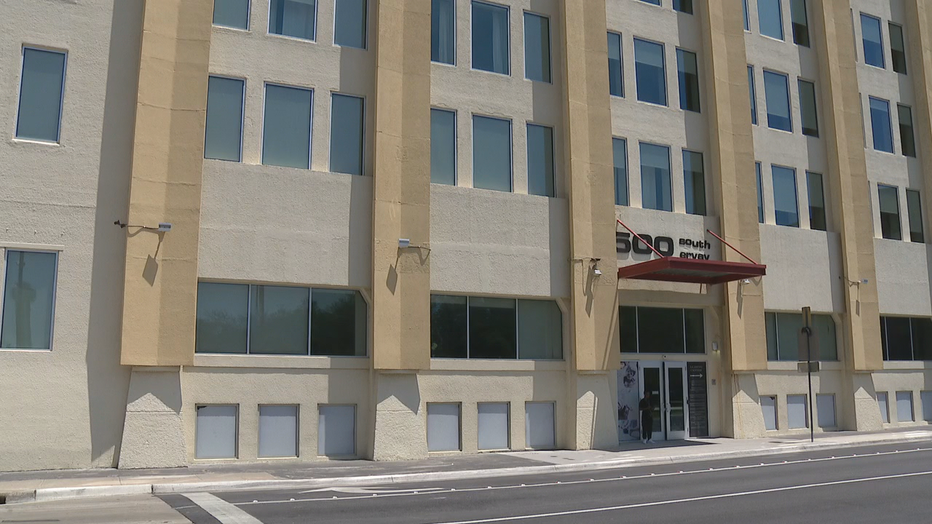 "I know a big part of his life was his little brother," Rossellini said.

Lampkin’s younger brother, Eddie Lampkin, who plays basketball for TCU, posted on Twitter Friday morning: "they killed my brother," with a broken heart.

But it’s still unclear if Lampkin and the shooter knew each other, or how the shooter entered the building, whether it was willingly or forced.

Dallas police have not yet released any information regarding the suspect or a possible motive.

Surveillance cameras are seen at the front entrance, a tool McGaughy hopes will help track down Lampkin’s killer.

"You took out a good person and your conscious will live with what you did," he said. "You really took someone who meant a lot to people."