The family of a murdered teenager knows there's no simple solution to curb violent crime but believes something must be done as homicides are on the rise in Dallas.

DALLAS - The city of Dallas has more murders this year than last by more than a dozen. It's only June and so far 111 people have died of homicidal violence.

FOX 4 spoke to the family of one recent victim –14-year-old Jordan Perez.

The middle schooler was shot and killed in an Old East Dallas park on June 4.

Police arrested a 15-year-old for his murder and unlawfully carrying a weapon. That suspect’s name wasn’t released because he is a minor. 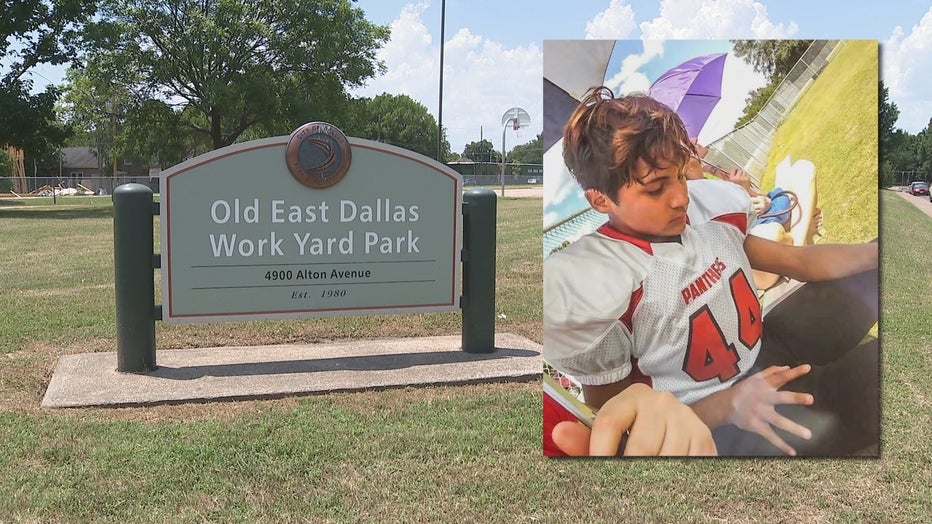 RELATED: 15-year-old arrested for shooting that killed 14-year-old in Dallas

"No telling if at one point they were friends or they went to school together. No telling," Morales said. "He was a 14-year-old kid. Whatever led him out here and whatever led to his murder is not justifiable.

Police said several people were at the park during the early morning hours. There was an altercation followed by a gun battle. Perez was killed and a 19-year-old was injured. Others fled the park.

"I acknowledged and I accepted any failures within my family. Any shortcomings, "Morales said.

He admits his nephew may not have been running with the right crowd. The Dallas Police Department’s gang unit is investigating.

"It’s hard for me to acknowledge and admit, but I have to speak to those," he said.

Police seized seven weapons when they arrested the 15-year-old, including four weapons on him and three at the arresting location.

"It provides temporary relief, but it doesn’t end with us," Morales said. "We all need to work together to improve the quality of life for all."

Morales grew up in the area. He’s seen what he calls "generational curses." He understands there’s no simple solution.

"The reality is it’s going to continue to happen," he said. "It doesn’t just end here. It could happen to anyone, you know, at any age."

But he hopes families, neighbors, police and city leaders do what they can to slow down Dallas’ alarming homicide rate.