The National Weather Service allowed the Flash Flood Warnings for Dallas and Tarrant counties to expire at 1:15 p.m. They are still in effect for Henderson, Hill, Ellis and Somervell counties.

Dallas, Johnson, Kaufman, Van Zandt and Rains counties are under a Flood Warning until the afternoon. 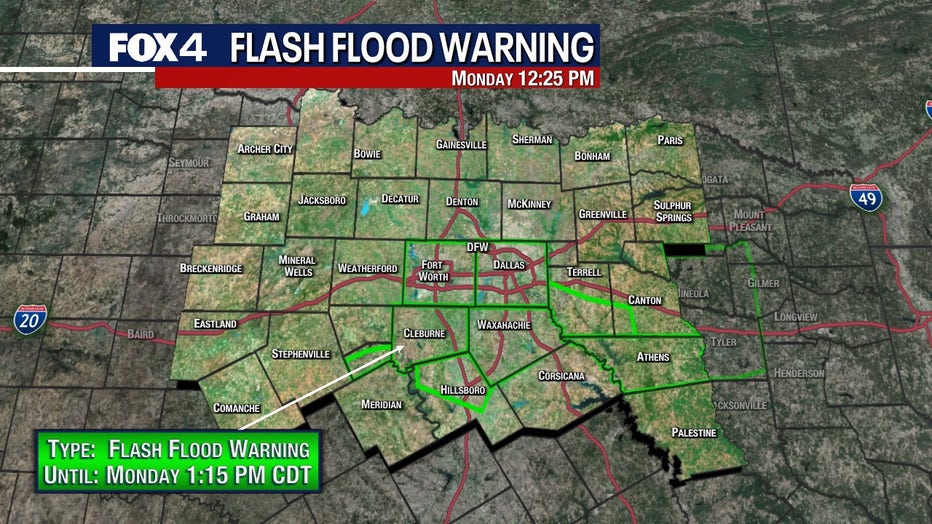 According to the FOX 4 Weather team, this is the second-wettest 24-hour period ever in North Texas.

Some parts of the region have already gotten up to 10 inches of rain since Sunday night and that rain is expected to continue falling throughout the morning. 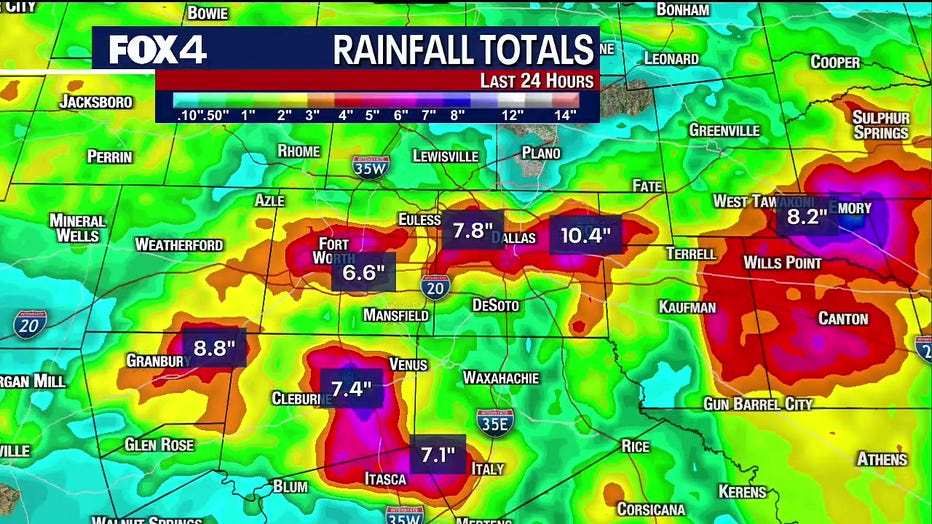 The heaviest rain should move away from the region by Monday afternoon. Things should begin to quiet down by Monday evening.

There’s a 40-50% chance of more rain in the forecast for Tuesday and Wednesday. That will mostly be scattered showers with nothing heavy or severe.

The temperature may not get above 80 degrees on Monday. It will be in the mid-80s for the next two days and then upper 80s to low 90s later in the week. 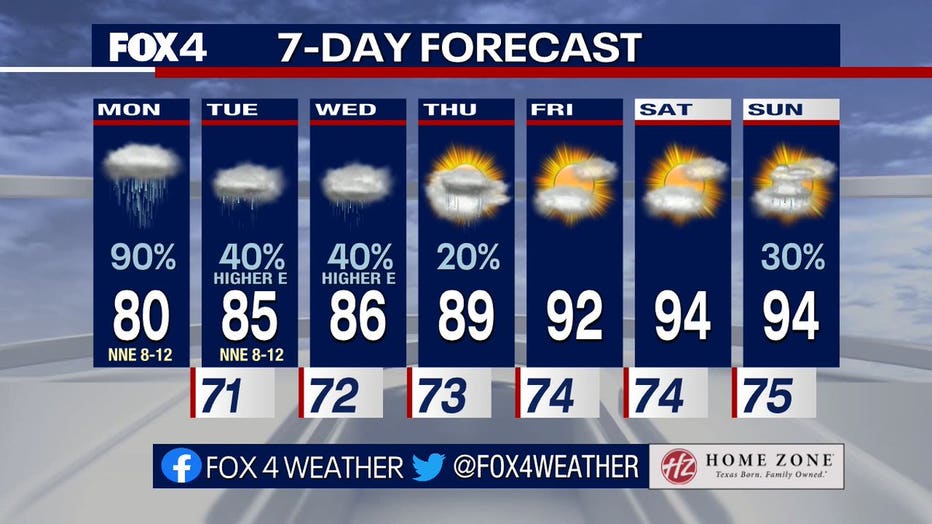 Fort Worth police said between 8 p.m. Sunday and 5 a.m. Monday, it responded to 53 calls related to water emergencies.

So far there have been no injuries in any of the incidents.