The roster for the Men's National Soccer Team representing the U.S. in the World Cup is out and some of the players have North Texas connections. Good Day talks to FC Dallas team president and chairman, Dan Hunt, about the picks. FC Dallas star Jesus Ferreira is on the list.

FRISCO, Texas - The United States Men's National Team announced its World Cup roster Wednesday, and FC Dallas had one current player called up, while several former players will also head to Qatar to represent the U.S.

Gregg Berhalter could count on an FC Dallas striker to lead the line for his team, and will have a former FC Dallas youth academy player starting in his midfield.

FC Dallas' top goalscorer from the past season, Jesus Ferreira, was selected to the U.S. roster for the World Cup.

Ferreria has been in great form, as he tied the FC Dallas record for goals scored in a season this past MLS season.

He could be the starting striker for the U.S. when they open the World Cup vs. Wales on November 21.

Paul Arriola and Sebastian Lletget were the other FC Dallas players who were possible selections for the trip to Qatar.

Both had been called up by Berhalter in recent years, but they were left off the World Cup roster. 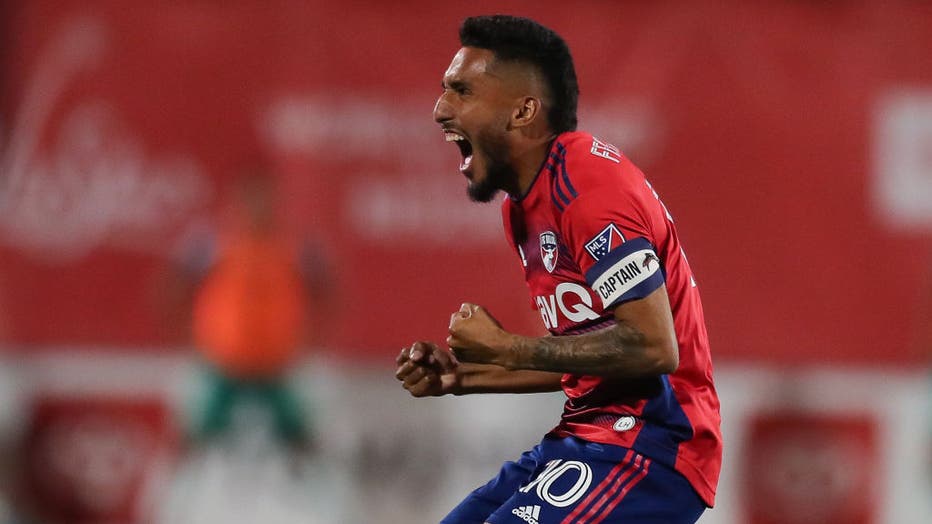 There are several former FC Dallas players and FC Dallas youth academy products who will be representing the U.S. in this year's World Cup.

Weston McKennie played in FC Dallas' youth system for several seasons before making the move to Europe to play.

McKennie has been a fixture in Berhalter's midfield for the past couple years, and will be counted on to make an impact for the U.S. if they are to make a run in the World Cup.

Another starter with ties to FC Dallas is Walker Zimmerman, who was drafted by FC Dallas and played five seasons here in North Texas.

Zimmerman, who was a 1st round draft pick by FC Dallas in 2013, has also been a recent starter for the U.S., though his centerback partner, Miles Robinson, will miss the World Cup through injury.

Kellyn Acosta, who is from Plano, came from the FC Dallas Academy and played several seasons with FC Dallas, before being traded away.

He is currently on LAFC and recently won MLS Cup.

Acosta is on the roster for Qatar, and could see minutes as a starter in the midfield or off the bench.

Chris Richards, who signed a professional contract for FC Dallas before a transfer to German powerhouse Bayern Munich and then Crystal Palace in England, had a chance to be called up, but he will miss the tournament because of an injury.

Another FC Dallas youth academy product who missed out on the roster is Ricardo Pepi. He played for FC Dallas from 2019-2021.

In January, Pepi made a transfer to FC Ausburg in Germany for a reported $20 million plus add-ons.

While he struggled for playing time in Germany, he went on loan to FC Groningen in Holland this season, where he has scored five goals in eight appearances so far this season.

Reggie Cannon also played for the FC Dallas academy team, before playing for FC Dallas from 2017-2020.

The right back then got a transfer to Boavista in Portugal. Cannon has been on some recent U.S. rosters, but missed out on being called up for the World Cup.

So while we don't know how for the U.S. will make it in the World Cup, we do know that FC Dallas and its youth academy will be represented as the U.S. looks to win the tournament in Qatar.